A New Year’s Resolution for the Media

Will 2019 be the year the U.S. media stops entertaining people with what they want to hear and tries being relevant again? 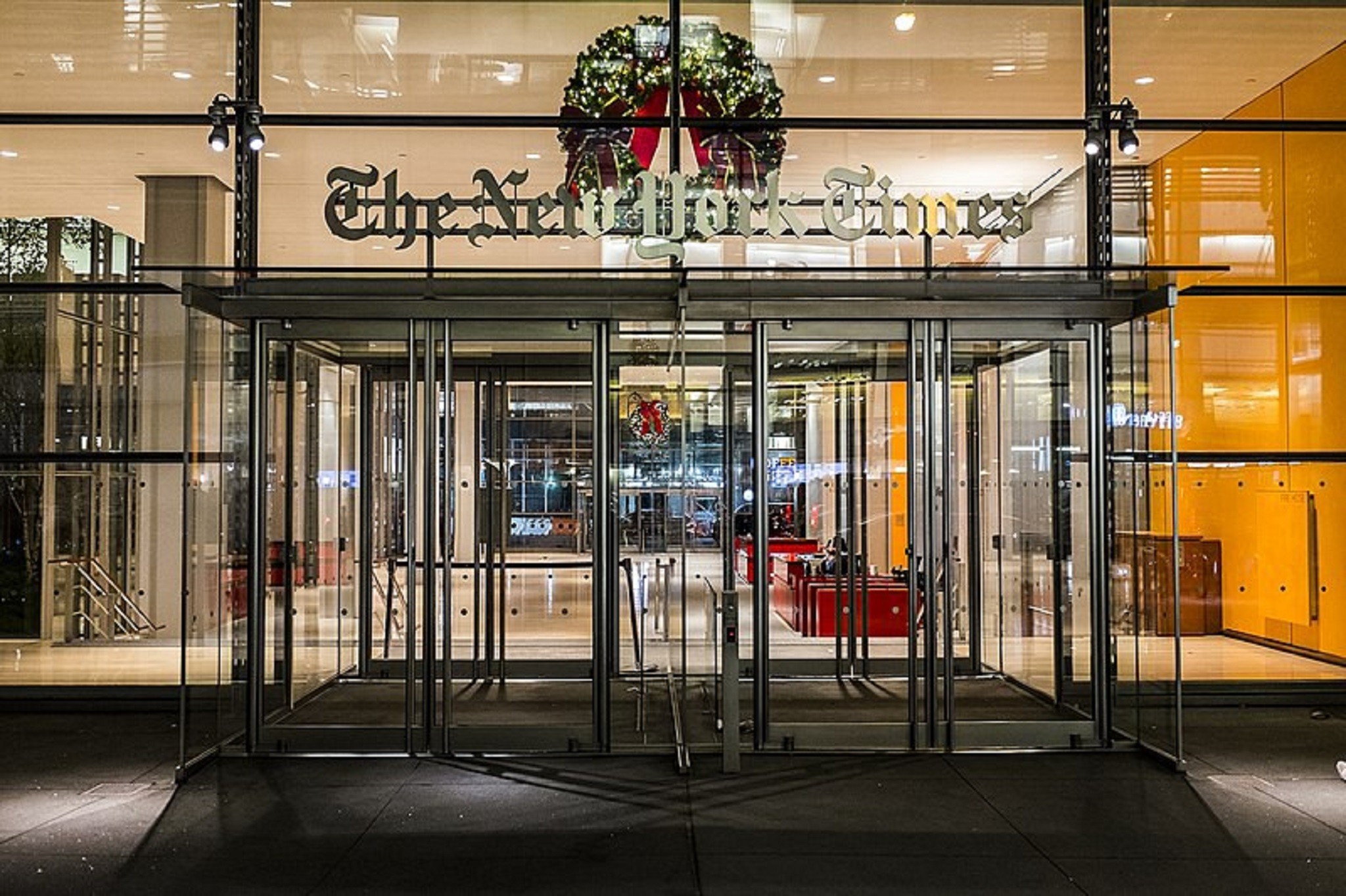 “Given its mostly liberal audience, there was an implicit financial reward for the [New York] Times in running lots of Trump stories, almost all of them negative: they drove big traffic numbers and, despite the blip of cancellations after the election, inflated subscription orders to levels no one anticipated.” Former executive editor of the New York Times, Jill Abramson

There is fast money in telling people what they want to hear.

It’s simple: The longer eyes stay on an online page, the more ad space is worth on that site. How to get people to stay on the page? Easy: Tell them only what they want to hear.

But trading truth for ad revenues is a short-sighted strategy that is undermining public confidence in the media and eroding the demand for their news product.

In 2019, the U.S. media needs to tell the truth and leave the story-telling to Hollywood or face the consequences of irrelevance and extinction.

As 2019 kicks off in the U.S., there is absolutely no shortage of news.

2019 also boasts the widest variety of news sources, news delivery methods, and new technology that makes news more assessable than ever before in the history of humankind.

Very few people peruse the paper anymore. News a la carte is the new normal. 2019 is the age of the one minute podcast. Listen Up, This Podcast Will Just Take a Minute: Overwhelmed by the choices, some listeners are loading up podcasts that don’t last much longer than a commercial break.

Whether you online, podcast, subscribe, news alert, google, traditional, kindle or other, today’s newscast is a seamless, wireless cacophony of information accessible, and ever changing, 24 hours a day, 7 days a week, 365 days a year.

No shortage of great content among these many news sources, outlets and delivery systems, either. Any newspaper hiding behind a paywall in a last ditch effort to save itself in the Internet Age might as well be living in the Stone Age. I’m sorry, but:

If the purveyors of U.S. news can not or will not adapt to a post-internet world, they will have to make way for something that will.

It won’t be the first time.

Of Barges and Bowling Alleys

Goods in the U.S. were once moved by way of giant barges, floating down major rivers and U.S. waterways to towns and cities across the nation. These massive barges were guided by expert navigators who knew the rivers so well they could steer around obstacles that couldn’t be seen above the water.

Then the steam engine was born.

That steam-engine powered train could haul much more than a barge could. Plus, it never sank, it could run in all weather and endure transcontinental trips.

Should that Industrial Age leap forward have been forestalled in order to save the river barge industry, the men who worked in it, the towns and cities along the river that depended on it?

Rhetorical, because it doesn’t really matter. The real question:

Could the steam engine have been forestalled to protect the river barge industry and the vital network of U.S. trade it represented at the time?

In bowling alleys across America, bowling pins were once picked up and replaced painstakingly and quickly back on the bowling lane by an actual human person.

Could the invention of the machinery that eventually replaced this job wholesale have been forestalled? Again, no.

The Golden Age of the Great Newspaper is Gone

Let’s say you are sailing on a luxury cruise ship in the middle of the ocean. After a gourmet dinner, you are strolling around on deck; the night is balmy, the moon is bright on the ocean, the stars are spangled in the heavens and you can see the curvature of the earth, the air is so clear. Everything is just perfect.

Suddenly, a giant gust of wind sweeps you into the ocean.

Just one second ago, you were perfectly fine. Now, you’re neck deep in the great unfathomable, cold waves pulling at your evening clothes.

How long do you live if you just can’t accept that anything so terrible and radical could happen to you so suddenly and decide you must still be on deck?

How long can left-leaning media purveyors continue to pretend it’s 1959? How long can they keep believing that they still have the franchise on truth in America and and live to tell about it?

Their time is running out.

Societies, on the whole, have always been dynamically influenced by two diametrically opposed and competing forces: Conservative versus Progressive.

These forces pull society back and forth like a pendulum, first swinging, sometimes wildly, in one way, then seemingly haphazardly in the other. This back and forth, equal and opposite reaction, may not always be pretty, but that is what balance actually looks like.

As such, the current liberal media bias makes perfect sense, given the historical context. It was the inevitable result of a previous period in U.S. history when conservatives utterly ruled the airwaves.

Until relatively recently, the media in the U.S., far from being liberally biased, was the polar opposite. Liberal voices couldn’t find a foothold anywhere, they were lambasted and shouted down, driven underground.

A joke onstage at a New York nightclub about the Pope could get you arrested for indecency in 1950.

This liberal impulse in the media, this equal and opposite reaction, could take all the time it needed to reach maximum, ossify on itself and begin the long swing back in the other direction except for one minor problem.

The internet is, as the internet does, turning the normal forces that shape society like the interplay between conservatism and liberalism upside down. How is the internet changing society?

Two answers: Who knows? Where do we start? 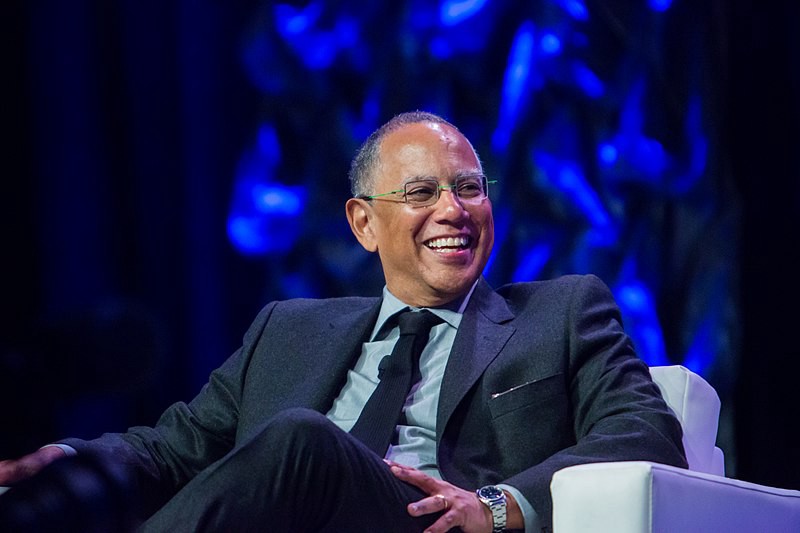 Reading the Font on the Wall

“The more anti-Trump the [New York] Times was perceived to be, the more it was mistrusted for being biased.” Jill Abramson, former editor of the New York Times

What is clear, is that the internet has changed the news industry radically and likely forever. If major newspapers and media outlets don’t wake up to the new reality- the one in which they are actually floudering in a deep ocean and not safe on the deck of a ship- they are as doomed as the dodo.

The Unbearable Fiscal Burden of Cutting Your Audience in Half

The harshest reality media personalities, pundits and journalists might have to face it that they are living in the Divided States of America. Whether they agree with them philosophically or not, more than half of Americans no not identify as liberal Democrats.

Dividing your potential buyer pool in half, in a market already over-saturated with your product, where buyers have almost unlimited choices- for free- is not a viable long-term business strategy, no matter how lofty your philosophical aims.

Yet, the U.S. media seems to be, if anything, doubling down on this losing stragegy as we enter year three of the Trump Presidency. Media Bias: Pretty Much All Of Journalism Now Leans Left, Study Shows.

How the Left Lost Its Mind: Polemicists, conspiracists, and outright fabulists are feeding an alternative media landscape — where the implausibility of a claim is no bar to its acceptance.

In her new book, “Merchants of Truth: The Business of News and the Fight for Facts,” former and only female executive editor of the New York Times was highly critical of the openly-liberal, biased strategy her successor, Dean Baquet, seems to be embracing.

“Though Baquet said publicly he didn’t want the Times to be the opposition party, his news pages were unmistakably anti-Trump. Some headlines contained raw opinion, as did some of the stories that were labeled as news analysis.” -Jill Abramson, former editor of the New York Times

The New York Times, of course, is also not alone. Former NPR CEO opens up about liberal media bias.

The Narrative That Undermines Itself

Though the media admits it has a problem, Why conservatives lost faith in mainstream media, it seems unwilling or unable to respond.

Perhaps it finds appealing to the “common man” too distasteful and beneath it. If so, the Conservative right’s critisism of the liberal press for being elitist, entitled, out-of-touch threats to Democracy aren’t completely unfounded.

Appeal to the other half of America by telling the story, and the rest of the story, too. Stop putting retractions on page 197.

If what you are selling is the truth, you don’t need a narative to sell it.