Amid a global pandemic, in a changing world, we remember those who’ve made the ultimate sacrifice. 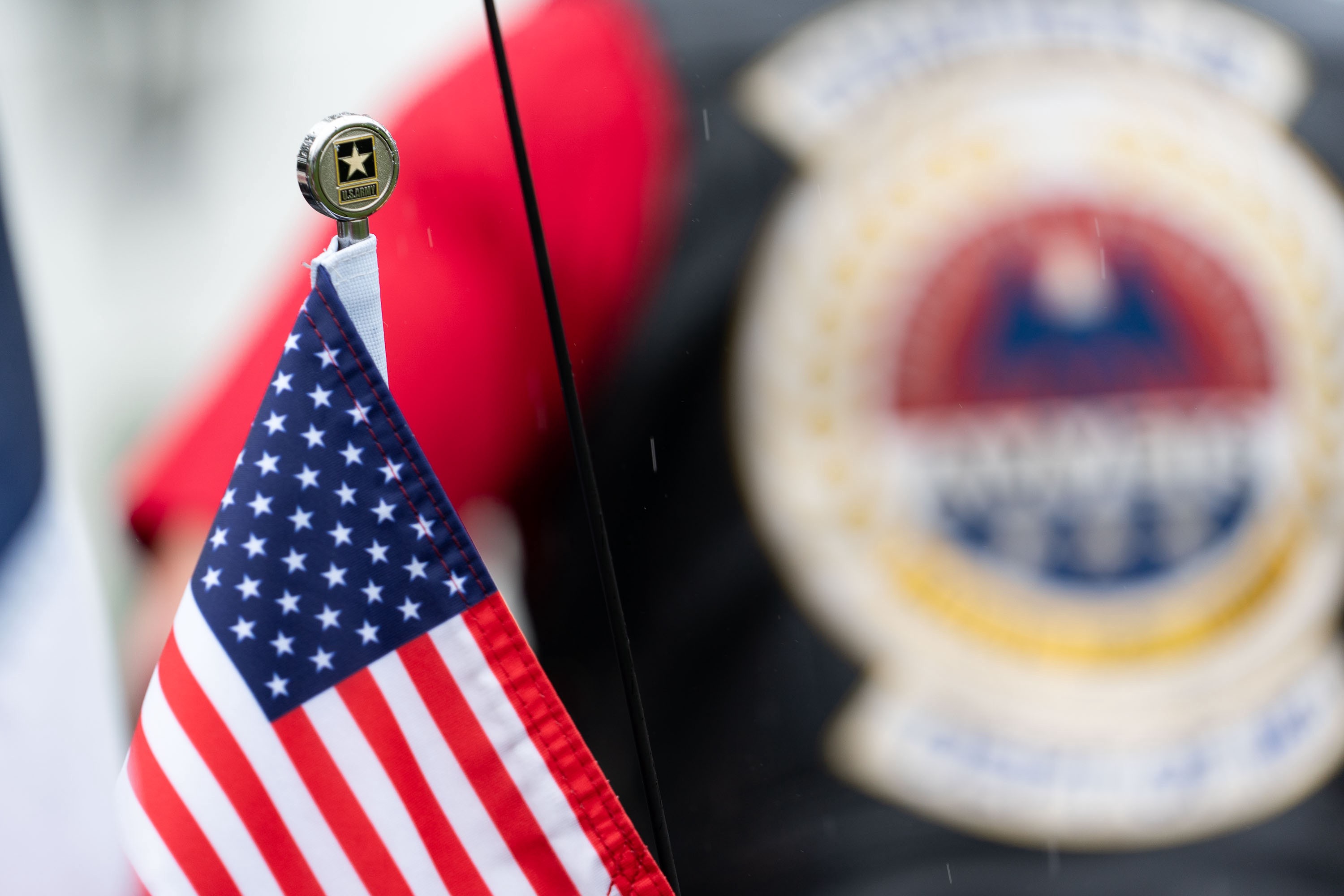 President Donald J. Trump delivers remarks during the Rolling to Remember: Honoring Our Nations Veterans and POW-MIA event Friday, May 22, 2020, on the Blue Room Balcony of the White House. (Official White House Photo by Shealah Craighead)

“Memorial Day is a solemn day of remembrance for everyone who has died serving in the American armed forces. The holiday, originally known as Decoration Day, started after the Civil War to honor the Union and Confederate dead.” — Time: “Why Do We Celebrate Memorial Day”. May 25, 2020.

Since long before General John Logan declared May 30, 1866 the official yearly day upon which a grateful nation could remember and appreciate the sacrifice of its military heroes, people have been celebrating Memorial Day.

This year, though strange, our shared history remains the same: We stand on the backs of our staunch defenders in uniform.

Some have sacrificed time with their families in faraway lands; they have endured physical hardships, discomforts and dangers most of us will never need to know. Others sacrificed much more.

“Among the fallen, most were laid to rest in the land they loved, others lie beneath white crosses in military cemeteries around the world, and others’ final resting place is known only to God. To all of them, we owe a debt of gratitude we can never repay, and this year especially, we feel the profound gratitude to our heroic fallen and their families.” — U.S. Vice President Mike Pence. May 25, 2020.

Vice President Mike Pence is correct; we owe our military heroes who have died in battle a debt we can never repay. It is to those soldiers who died far from home, who were never returned to their families; those who were taken prisoner, or went missing in action; those whose fate remains unknown to this very day, we owe the most.

Non-profit organizations and groups that work to raise awareness of American soldiers still missing-in-action or listed as prisoners of war seldom get much attention, even on Memorial Day.

This Memorial Day was different.

The Trump administration hosted an event called “Rolling to Remember: Honoring Our Nations Veterans and POW-MIA” on Friday, May 22.

While President Trump’s event honoring of American POWs and soldiers missing in action was relatively free of controversy, the same cannot be said for other observances.

The New York Times has received more than a little criticism over its decision to remind Americans this Memorial Day that several U.S. military bases are still named after confederate soldiers.

“Why Does the U.S. Military Celebrate White Supremacy? It’s time to rename bases for American heroes- not racist traitors.”

The Pentagon took exception, and they weren’t alone:

“On a solemn day for remembering those that have given their lives for our country fighting against tyranny and subjugation, the NYT has more than a million possible stories of the ultimate sacrifice by American patriots that they could tell. But they don’t.”

“The Department of Defense is the most diverse meritocracy in the country and the most powerful force for good in world history. We have many stories of valor still waiting to be told this Memorial Day.” — Jonathan Hoffman, Pentagon Spokesman. Twitter; May 25, 2020.

Some of our American heroes were undoubtably racist; including Jack Logan himself, who popularized honoring military service members who perished on the battlefield and gave rise to Memorial Day, as we know it today, in the first place.

General John A. Logan, whose father kept enslaved people in Missouri, issued an order proclaiming May 30 the yearly date upon which community members would decorate the graves of fallen soldiers in 1866; “for the purpose of strewing flowers, or otherwise decorating the graves of comrades who died in the defense of their country.”

In 1968, when Congress passed the Uniform Holiday Act, Memorial Day was official designated as the last Monday in May.

It was a scant four-years after President Lyndon B. Johnson signed the Civil Rights Act in 1964, legally ending the racial segregation legally codified and institutionalized by Jim Crow laws.

It was a mere three years after the Voting Rights Act of 1965 halted efforts to prevent minorities from going to the polls.

That we, such recent descendants of this tragic history, are still grappling with the fallout in a million ways- not least of which is what to do with Civil War generals we’ve memorialized- is no surprise.

Nor are the names of a few U.S. military bases, like the names of a few popular sports franchises that need not be named, the only controversies swirling around this particular Memorial Day: “Swastikas Are Carved Into Three Military Gravestones. A Veteran Wants Them Removed.”

In Virginia, three World War II era gravestones marking the graves of German soldiers who were POWs during the war feature the German iron cross with a swastika in the center.

“I had no idea that enemy combatants from Axis powers were buried in veterans national cemeteries. Do not display the swastika.” — Mikey Weinstein, Jewish Air Force Veteran. Military Religious Freedom Foundation.

The VA, for its part, claims it cannot remove or replace the gravestones due to U.S. laws requiring the preservation of historical markers. Under the Geneva Convention, enemy prisoners of war were to receive full military honors upon their burial.

What will become of these controversies? How does a nation as rich and diverse as the U.S. reconcile its recent past?

Time alone can provide the answers. But we, as observers and chroniclers of the historical era in which we are now living, have an obligation to keep the past for future generations.

With thoughtfulness, compassion and a willingness to examine the parts of our shared history that pain us we must uphold our duty; writing another page of history, always in the determination that peace is preferable to war.

Because the best way to honor our nation’s fallen is to treat the lives of our living soldiers as precious; more valuable than gold, our greatest and most limited resource.

One that must be protected by every true American patriot.