Industry leaders and government officials are cautiously optimistic that a safe, effective Covid-19 vaccine will soon be available. 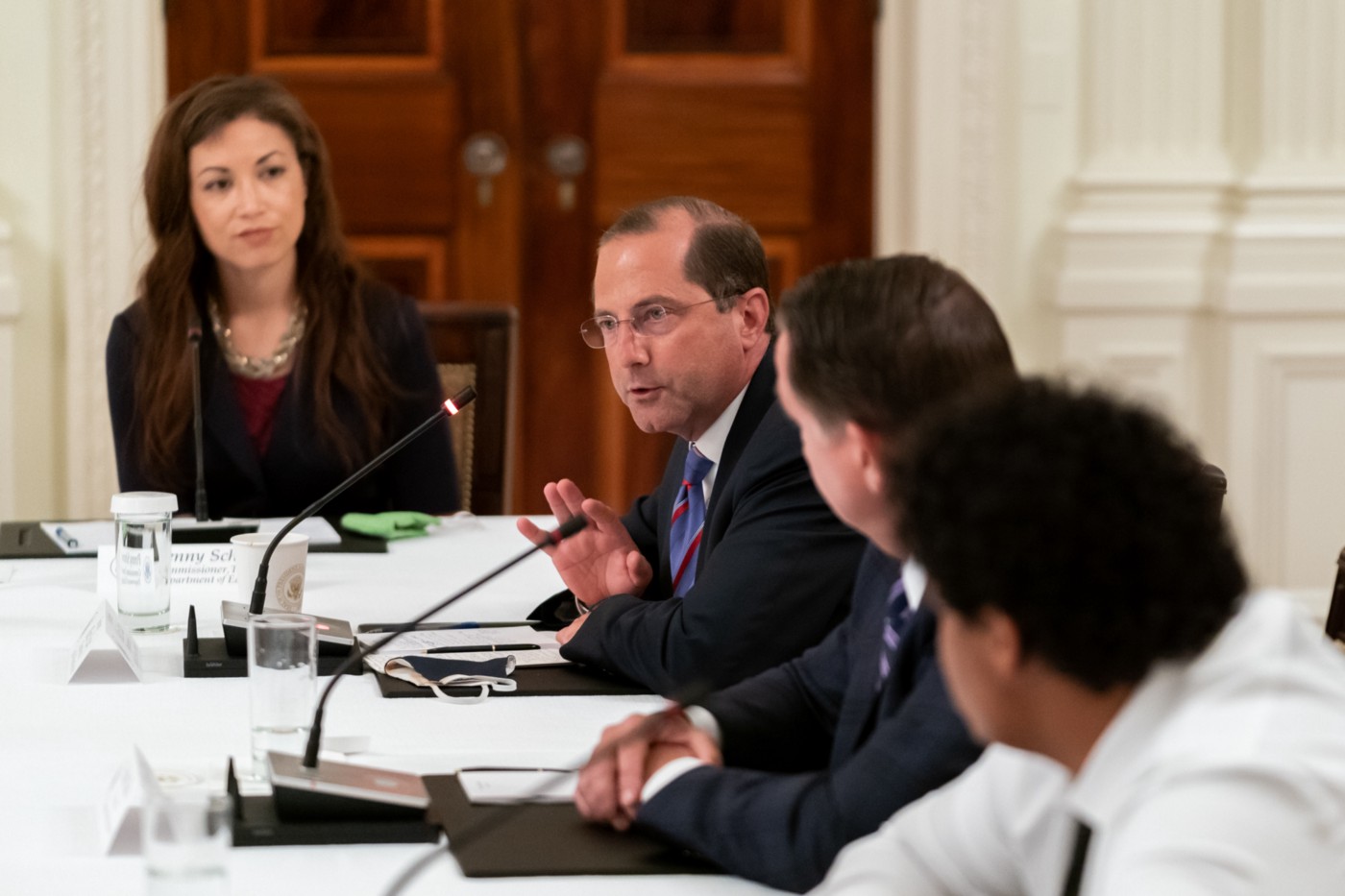 There is good news in the U.S. fight against Covid-19.

The Centers for Disease Control and Prevention (CDC) has asked governors and health departments around the country to prepare to distribute a vaccine as soon as November.

“The normal time required to obtain these permits presents a significant barrier to the success of this urgent public health program,” the CDC wrote in an Aug. 27 letter to state governors. “CDC urgently requests your assistance in expediting applications for these distribution facilities and, if necessary, asks that you consider waiving requirements that would prevent these facilities from becoming fully operational by November 1, 2020.”

Health and Human Services Secretary Alex Azar promised that a coronavirus vaccine would meet the “safety and efficacy standards” of the Food and Drug Administration before being released publicly.

“I want to be really clear to your viewers. The president, I as secretary, and the officials at the FDA, including the career officials, will require that any vaccine meet the very high safety and efficacy standards that the FDA has set,” Azar said during an interview with the “The Daily Briefing” host Dana Perino.

“The FDA has actually published transparent guidance to say what they will require for approval of a vaccine. We will be transparent with the data. We’ll have a public advisory committee process for that. We will not compromise on the safety and efficacy of a vaccine even as we move under President Trump’s leadership to get one as quickly as possible,” he continued.

“Nobody involved in this process is ever going to compromise on making sure that a product someone puts in their body is safe and effective,” Azar added.

Nine drugmakers, including drug companies Moderna, Pfizer, AstraZeneca, BioNTech, GlaxoSmithKline, Johnson & Johnson, Merck, Novavax and Sanofi, pledged on Tuesday that safety would be their top priority while developing a vaccine.

“We believe this pledge will help ensure public confidence in the rigorous scientific and regulatory process by which COVID-19 vaccines are evaluated and may ultimately be approved,” said the statement from AstraZeneca, BioNTech, GlaxoSmithKline, Johnson & Johnson, Merck, Moderna, Novavax, Pfizer and Sanofi.

Azar insisted the November date for the vaccine has nothing to do with the election.

“It has nothing to do with elections. This has to do with delivering safe, effective vaccines to the American people as quickly as possible and saving people’s lives,” Azar said on “CBS This Morning.” “Whether it’s Oct. 15, whether it’s Nov. 1, whether it’s Nov 15, it’s all about saving lives but meeting the FDA standards of safety and efficacy.”

Azar’s office has remained in charge of researching vaccines and looking for a cure for Covid-19. Azar was also responsible for distributing $100 billion in federal aid to hospitals and physicians on the front lines of the pandemic.

Azar predicted on Tuesday that the number of available doses of an “FDA gold-standard” coronavirus vaccine would be in the “high tens of millions” by the end of 2020, reported Fox News.

“We will get data whenever clinical trial endpoints are met,” he said. “Now, those are inside of a black box of these clinical trials, and whenever those report out, they report out. Now, I will say the CEO of Pfizer, which is one of the two earliest vaccines in late-stage clinical trials, has said that he might see data in October. But that’s going to depend on the progress of the trials, it will be driven by data and evidence and nothing else.”

Reports early in the pandemic insinuated the White House was considering firing Azar. However, President Trump rejected these reports on Twitter and wrote that “Alex is doing an excellent job!”

A key part of Secretary Azar’s agenda has been protecting the nation against infectious disease threats such as Ebola, influenza, and measles. The agency is charged with ensuring the United States is prepared for man-made and naturally occurring disasters and threats, as well as leading global efforts to protect public health. Azar’s experience has been instrumental in the ongoing fight against Covid-19.

When he became Secretary of HHS, Azar pinpointed four priorities for HHS, to focus the Department’s work on improving the health and well-being of the American people.

Under Azar’s leadership, HHS has transformed the pharmaceutical marketplace by driving down drug prices through a comprehensive drug pricing strategy and approval of historic levels of generic, brand and biosimilar drugs. The department is also tackling maternal mortality, gaps in rural healthcare and addressing key social determinants of health.

Alex Azar has maintained his role as Secretary of Health and Human services since January 2018. He served as General Counsel (2001–2005) and then as deputy secretary (2005–2007) under President George W. Bush. As Deputy Secretary, Azar was tasked with improving the department’s operations, advancing its emergency preparedness and response capabilities as well as its global health affairs activities.

Azar has spent his career working as an attorney and in senior leadership roles focused on advancing healthcare reform, research and innovation, in both the public and private sectors.

Covid-19 has been a difficult challenge, but with leaders like Secretary Alex Azar on the job, the American people can feel cautiously optimistic about a safe and effective Covid-19 vaccine by Christmas.

Make informed choices about your Health