Prominent Senate Democrats need to lay aside the 2020 campaign optics of a Trump bipartisan victory and pass a major criminal reform bill in 2018.

For some, it goes too far. For others, not far enough. Welcome to life in the well-divided electorate of the United States of America.

Call it the First Step Act, or call it the Baby Step Act; prominent Democrats need to come out swinging for the first major prison reform bill in years.

Though his many critics in the press are always desperate to avoid crediting Trump with anything: Trump’s Criminal Justice Reform Is a Step in the Wrong Direction writes Keith Wattley for the New York Times yesterday, FIRST STEP Act includes serious missteps toward injustice writes Deanna Hoskins in U.S.A. Today.

The First Step Act has a great deal of bipartisan support.

The ACLU favors this legislation, even prison-reform crusader Van Jones has voiced his support, going as far as to say “Give Trump credit on prison reform.” The FIRST STEP Act will bring real justice to thousands of incarcerated women, according to Topeka K. Sam for the Hill.

Though the First Step Act is universally acknowledged as a first step, only, it still has a great deal to recommend it:

Democrats can safely support First Step; aspirants to the 2020 Democratic nomination for President will have no shortage of scandals and sound-bytes with which to criticize President Donald Trump.

If the 2020 election were tomorrow, Trump’s Democratic Party challenger would already have absolutely no trouble reminding deeply incensed Democratic voters of the many ways in which the Trump Administration has failed to act in accordance with their values systems.

What’s more, President Trump will probably continue to anger and outrage Democrats well into 2019. He knows they won’t be voting for him anyway, so he panders to his constituents and supporters: He hasn’t yet learned the subtle political art of doing this without appearing to do it.

Fight the border wall and everything it stands for, fight for environmental protections that have been undermined, fight for voting rights; but do not fight against prison reform because you hate Donald Trump.

Support the First Step Act because you care about the incarcerated people it will free, and free earlier. Support it for the families waiting at home; support it for the productive citizens released inmates will become as a result of rehabilitation programs, and for all the taxes they will pay.

Democrats don’t even have to declare a Trump victory anyway; here is how to undermine the accomplishment: 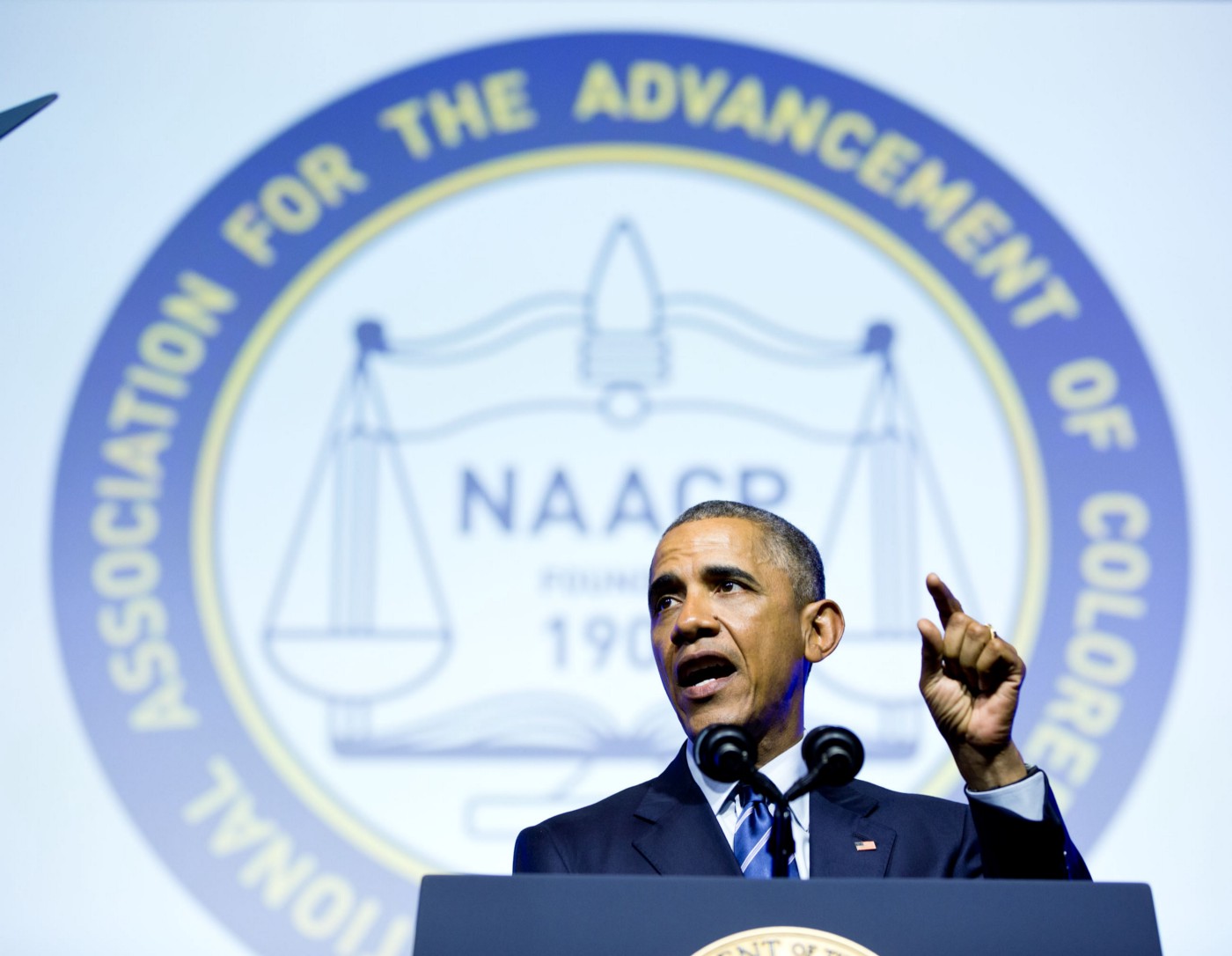 “If you want to make an apple pie from scratch, you must first invent the universe.” -Carl Sagan

Luckily, much of the credit for prison reform can go to former President and liberal darling, Barack Obama, who spent a great deal of his Presidency on reforming the U.S. prison system and bemoaning its lack of second chances.

The Economist wrote about How Barack Obama has reformed America’s prisons in January, 2016. Obama accomplished a number of precursors to the First Step Act in its current form:

Though some criticized Obama for not going far enough, the greatest concerns were that Obama made progress on criminal justice reform. Will it survive the next president?

The answer? Yes, it can. But not without the help of prominent Democrats. 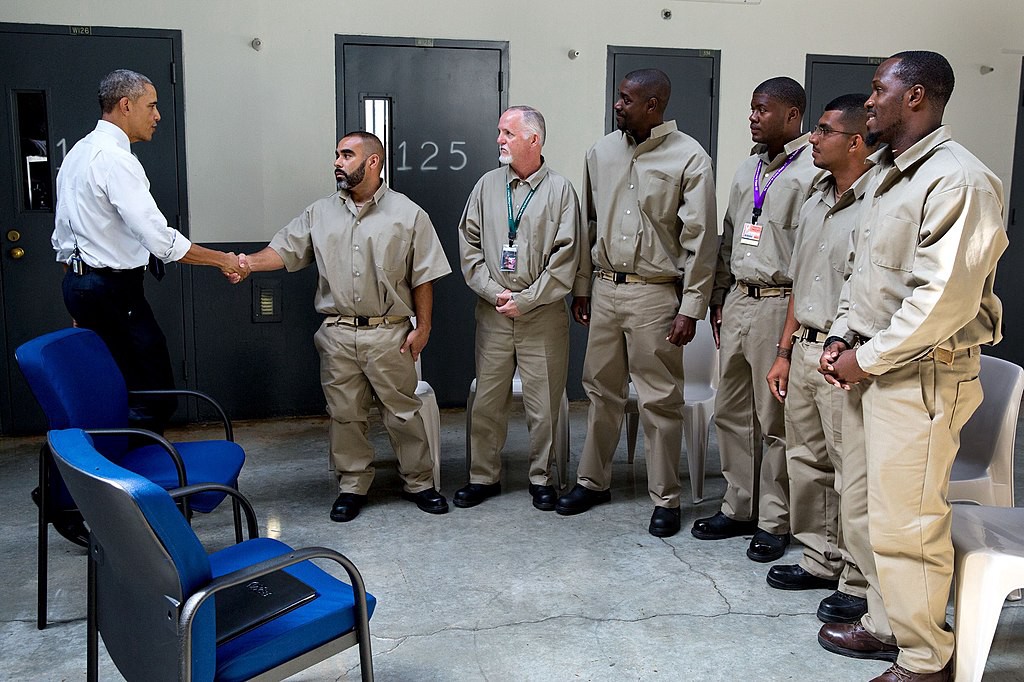 Passing the First Step Act is No Favor to Trump

Passing First Step Act might even hurt Trump. His voter base cares about the economy, the economy, and the economy. Other things as well. But prison reform is not a notoriously high priority for most Trump voters.

Trump’s support of the first major prison reform package in many years might also hurt him within his own party, as each of the names under his on the Republican ticket in 2020 is going to feel the brunt or the boost from whatever Trump does.

Bill Clinton is not running for President.

There is no need for Democrats to go to the mattresses to support Clinton’s passing of the Three Strikes Rule. In matters of policy, the timeline to really tell if something has worked, worked in the way it was supposed to and worked according to plan, is decades- not campaign cycles.

The Law of Unintended Consequences

It is perfectly normal that something passed so long ago, by today’s standards, hasn’t held up well and needs to be revised. It is also normal that it took this long to truly determine if the legislation was effective and what kinds of unintended consequences it has produced, and how to avoid and correct them.

It has long been the burden of elected officials to balance the demands of governing with the realities of campaigning.

Campaigning means they need to tell voters what voters want to hear; good governance requires telling voters hard truths. Truths such as “these subsidies can’t last forever,” and “I’ll need to raise your taxes to pay for what you want.”

This difficult balancing act is compounded by the fact that legislation, almost without exception, will take decades to truly show the full impact and determine if it was a “good” policy or a “bad” one. Often there are certain trade offs; we did accomplish this, but we failed to anticipate this and this.

Luckily, Bill Clinton isn’t campaigning. So there is no need to defend decades-old policies that have resulted in so many people serving long sentences for nonviolent crimes.