Why Joe Biden Won’t Be President 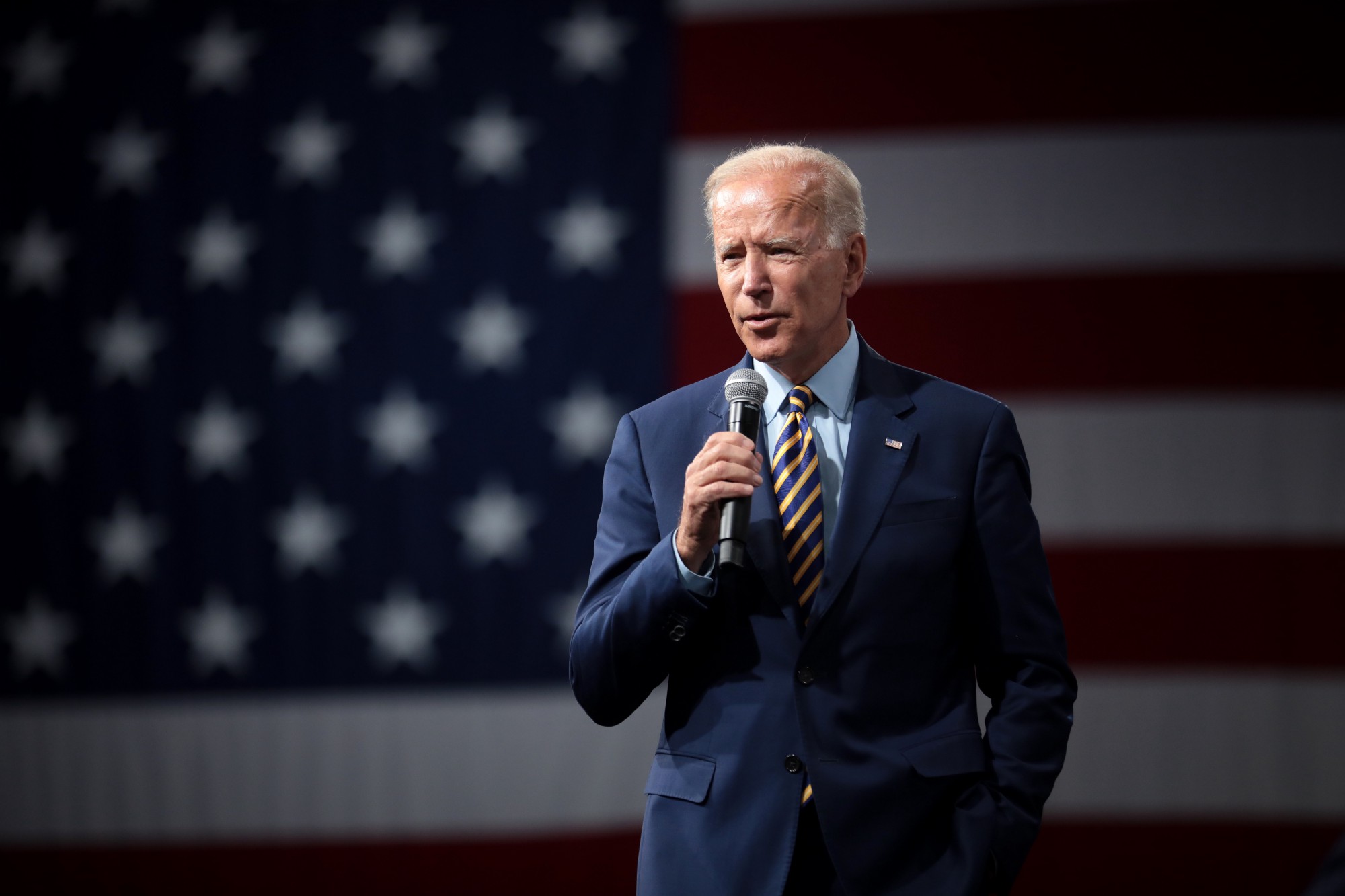 Even among people who really want Joe Biden to be the next President of the United States, there is very little enthusiasm. Joe Biden has an even bigger enthusiasm gap than Hillary Clinton did in 2016.

He is a former Vice President, a former Senator- but his in-person events, and now his online events, aren’t very well attended. Unlike the Hillary Clinton campaign, which played off Clinton’s low numbers at campaign functions as a deliberate strategy to an overly-credulous press willing to buy that nonsense, the Biden campaign has just assiduously avoided talking about it.

Biden himself gets a little upset, even visibly flustered when the subject of the lack of enthusiasm for his campaign is raised. He points out, with good reason, that he has managed to become the de facto Democratic nominee in spite of that.

He is right, of course; Joe Biden has managed to cinch the nomination, in spite of the prevailing lack of enthusiasm for Joe Biden, his poor performances during the debates and his lackluster fundraising.

But it wasn’t the strength of his campaign that carried Biden across the finish line, if indeed he has crossed the finish line. It took a massive and concerted effort by Democratic leadership, spear-headed at last by a decisive endorsement by Rep. Jim Clyburn of South Carolina, for Biden to advance.

If Joe Biden was and remains the best candidate to beat Donald Trump, why didn’t Joe Biden’s campaign do a better job of convincing everyone of that?

More specifically, if Biden was counting on the African-American vote to carry him in the primary contest, as was his constant refrain on the campaign trail when he lost all the primaries that came before South Carolina, why wasn’t Biden more proactively approaching Black community leaders for their help?

More importantly, why wasn’t the Biden campaign doing this?

Influential African-American leader Jesse Jackson endorsed Bernie Sanders on March 8. This fact was lost in the constant drama of the primaries, as was the reason Jackson gave for supporting Sanders when most of the African-American community favored Joe Biden:

That might have been a forgivable oversight. But Biden’s team hasn’t exactly been covering itself in glory courting the African-American community.

Which brings us to Charlamagne Tha God and the 18 minute appearance Joe Biden made on his hit morning show, The Breakfast Club. Biden avoided it longer than other candidates running for the Democratic nomination.

Charlamagne Tha God is influential in the young Black community. This interview was an all-important chance for Joe Biden to show that he wasn't taking the Black vote for granted.

Joe Biden blew it. Or rather, Biden’s team caused him to blow it.

Not because Biden erupted, “if you don’t know if you’re voting for me or Trump, you ain’t Black!” after the host asked him what Biden planned on doing for the Black community if elected.

During the rest of the interview, Joe Biden hardly distinguished himself. And there was no reason for it but pure laziness, failure to plan ahead; failure to take the African-American community seriously as a constituency.

Many people may have never heard of Charlamagne The God; but he isn’t unknown. Charlamagne Tha God wrote an autobiographical book in 2017: “Black Privilege”. In it, CTG describes his whole life, his moral philosophy; everything.

It that book, Charlamagne Tha God- aka Larry, Cowboy and Julie’s son from Monck’s Corner South Carolina- gave a politician, and that politician’s advance guard, everything they could possibly want or need to impress the audience and hosts of The Breakfast Club.

If anyone on Biden’s team were to have read this one book- it isn’t even that long, and on the audiobook version, Charlamagne reads it himself- Biden could have knocked that interview out of the park and deeply impressed the Black community listening.

Charlamagne Tha God loves the truth; he hates lies and liars. He is so committed to the truth, he has taken multiple beatings in his life solely because he refused to lie or pull punches.

CTG loves truth so much, he spends multiple chapters in his book on it. He mentions specifically the strategy he likes to use to diffuse potentially embarrassing truths about himself.

Instead of waiting to be insulted, Rabbit raps every embarrassing truth about himself with which his enemy might attack him: “I know everything he’s got to say against me: I am white, I am a f#$% bum, I do live in a trailer with my mom. My boy Future is an Uncle Tom.”

Joe Biden should have done this.

Knowing Biden’s record of authoring the 1990’s crime bill which has unfairly incarcerated so many young Black men in America for long sentences in the years since; knowing his record of making racist “gaffes”; knowing Charlamagne Tha God’s fervor for the truth, Joe Biden should have come out swinging…with The Truth.

“I made a mistake. I’m sorry. There is no excuse for it. I was wrong. But I helped elect the first African-American president and, if you give me a chance, I can help undo my past mistakes and make sure the next Black President of the U.S. isn’t confined to a jail cell, or lacking educational opportunities, or killed in the streets.”

Charlamagne Tha God is highly intelligent- his mother was a teacher and he was a self-professed “nerd” growing up- with a very curious and flexible mind. He would have known that Biden must have read his book. But Biden would have even gotten bonus points for admitting he had read Charlamagne’s book in order to prepare himself. Even more points if he had admitted reading the 48-Laws of Power, as CTG has, and applying that, too.

For a real laugh, Biden could have opened with, “Hello, my name is Joe Biden and I am not a white devil.” Anyone who has read Charlamagne’s book would understand this joke; any person familiar with the works of authors like Malcolm X and Elijah Muhammed would understand as well, and appreciate the humor.

On a silver platter- in black and white, complete with convenient audiobook- radio host Charlamagne Tha God gave everything a guest on his show might need to be successful, even mentioning how much he likes people who are hard-working, diligent and willing to go the extra mile to be prepared.

Except, obviously, no one on the Biden campaign bothered to read it.

Why not? They have had plenty of downtime- no campaign events to plan, no in-person meetings with donors to conduct. The book was released in 2017.

We can tell no one on Biden’s team read Charlamagne’s biography because of the way Joe Biden tried all his normal politician’s tricks of non-answer answers and little contrived mannerisms during the interview; all of which fell as flat as T-Pain without autotune.

Why the lack of curiosity about a wildly popular media figure like Charlamagne Tha God? Why the lack of preparation for what was bound to be a contentious interview full of hard questions?- which the Biden team would have been more prepared for, had they read “Black Privilege”.

Charlamagne Tha God once told Kanye West that West’s newest album “Yeezus was wack to me,”- to his face. And Kanye West isn’t the only one.Far from it.

Charlamagne Tha God certainly has no love for Donald Trump. But there is no way he was impressed with Joe Biden. And that is what should be making voting Democrats the maddest, and most determined to demand accountability from Joe Biden’s campaign staff.

Brad Parscale is Donald Trump’s campaign manager. If Donald Trump was booked on Charlamagne Tha God’s talk show, you can bet someone on that campaign staff would have read “Black Privilege” and given Trump the cliff-notes, at the very least.

Trump’s campaign is coming hard for the African-American vote; and they are getting a great deal farther with young Black men in America that any Democrat should be comfortable with.

This is the very audience of the Breakfast Club; why wasn’t Biden prepared to fight for this constituency by at least doing a little research on an interesting person like CTG?

There are even larger implications with Biden’s lackadaisical approach to key Democratic voting blocs like African-Americans; Biden isn’t trying that hard to win the Hispanic-American vote, either.

Before announcing his Latin-American voter outreach effort “Todos con Biden”, the Biden team couldn’t even be bothered to secure the website; a glaring error the Trump campaign was ready and willing to exploit.

With the Biden campaign in “full gear”, and the Democratic Party in the fight of its life, these errors should be striking fear into the hearts of voting Democrats everywhere.

They should be wondering, as Charlamagne Tha God must have been, if Joe Biden really wants to be President.