It’s not a popular opinion, but the writing is on the wall. 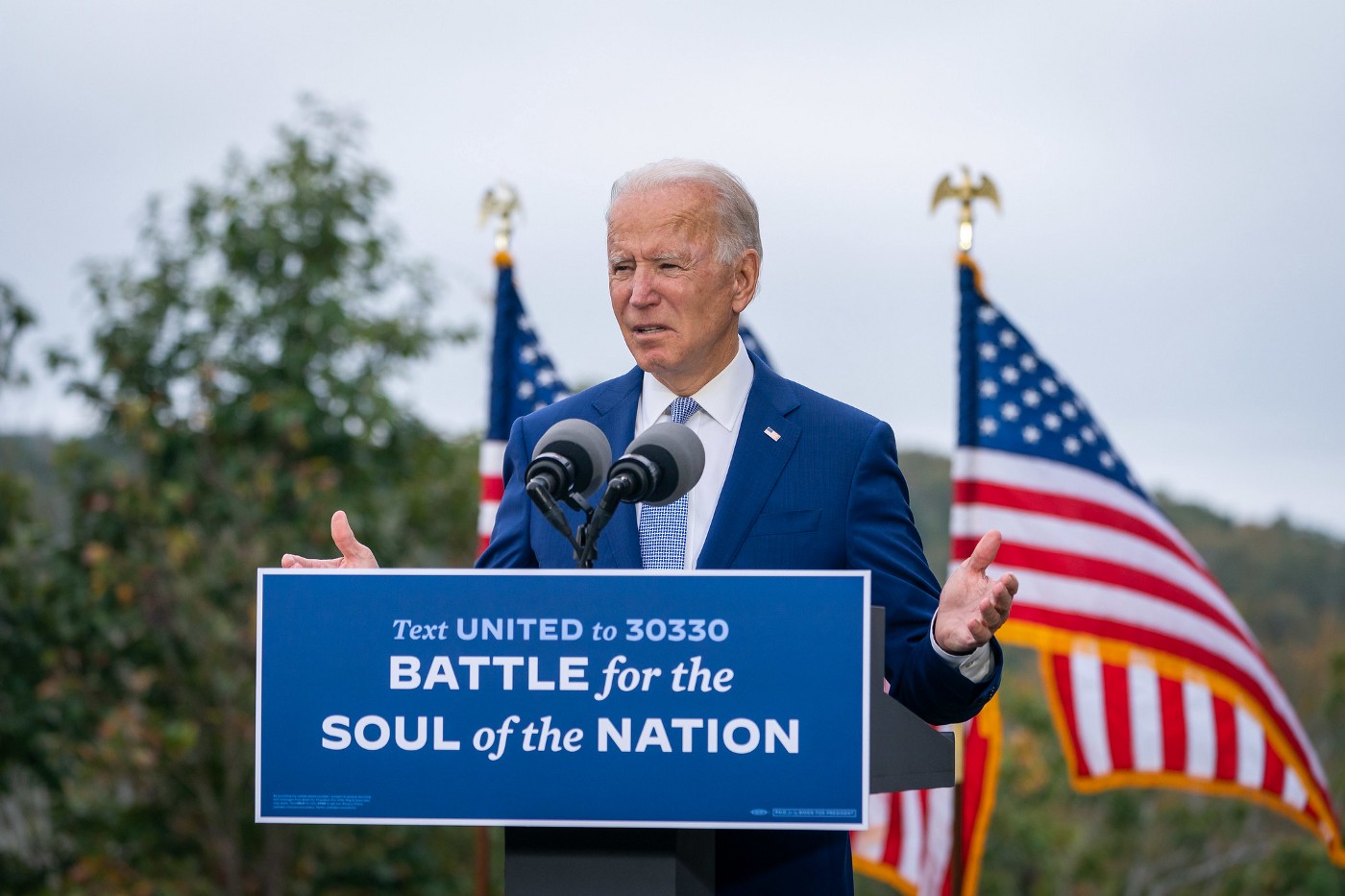 In 2020, as in 2016, everyone who is anyone is predicting either a Trump loss or a spectacular Trump loss: The media, polling companies, celebrities, Wall Street, betting companies. This year, we are told, Joe Biden is far better positioned in the polls than Hillary Clinton was at this time four years ago.

That basic premise may seem a bit off to anyone who remembers well 2016, and the sheer certainty of everyone predicting a Clinton win.

In 2020, no matter how many pro-Biden stories mainstream media companies print- or Biden-critical stories they don’t print; no matter how many anti-Trump narratives they float, or how many favorable polls promising a Biden win, the powers that be seem far less certain this year than they did in 2016.

Which begs the question, are we being told the truth about Joe Biden’s chances on Tuesday? Or is Joe Biden in more trouble than we think?

There is reason to believe that Joe Biden is headed for a loss on Election Day, contrary to popular opinion. Here are four reasons. As follows, three more:

1. Biden is a Weaker Candidate Than Hillary Clinton

Unfortunately for Democrats, most of the factors which contributed to Clinton’s loss are exacerbated in Joe Biden.

Plenty of Democratic strategists fault Hillary Clinton for insulting voters by calling them “deplorables” in 2016. Only Joe Biden and the Democratic Party are now calling everyone who voted for Trump in 2016- all 63 million of them- deplorable and worse.

Voters who didn’t like being dismissed as deplorables are going to appreciate being branded as racist white supremacists even less.

Hillary Clinton had too much political baggage; Joe Biden has more.

The “scandal” which helped derail the Clinton campaign, “But, Her Emails!”, involved Hillary Clinton’s unauthorized use of a private email server.

Joe Biden’s scandals- family members enriching themselves in dealings with shady foreign companies, a sexual assault charge by a former staff member, accusations of unwanted touching which surfaced during the primary- are all much easier to understand.

The Hillary Clinton campaign was poorly run and didn’t focus enough on swing states. The Joe Biden campaign is being even more poorly run.

The polls are predicting a Joe Biden victory with more certainty than they predicted the Clinton one in 2016. Texas is in play, we are told by optimistic Democrats.

Meanwhile, Biden is campaigning hard in Minnesota, a state which Democrats have not lost in decades. Elsewhere, it’s “We’ve got to stop the bleeding,” and “I screamed. Hollered. I called. I lobbied from the top to the bottom,” from frustrated state and local elected Democrats on the ground in swing states.

“There is not the turnout here [Miami] in the black community that I’ve seen in the past. I can speculate about the reasons, but the fact is it remains concerning,” lamented Florida Democratic State Sen. Oscar Braynon. “Democrats have a big turnout issue in the Hispanic community in Miami-Dade,” echos Florida Democratic data analyst Matt Isbell.

It is difficult to read these statements and not recall the Hillary Clinton victory party in 2016. When Florida was called for Donald Trump on the Jumbotron, the crowd of anguished and bewildered Democrats in attendance actually gasped out loud.

2. Unfortunately, Biden Must Answer for the Worst of the Democratic Party

While the Republican Party must ultimately answer for Donald Trump in the weeks, months, and years to come, so too must the Democratic party grapple with its own unstable elements.

On one hand, Black Lives Matter and its attendant zeitgeist lifted Democratic chances at the ballot box and the donation box, just when Democrats needed it most; progressive fire-brands like Rep. Alexandria Ocasio-Cortez and her Twitter army are extending the reach of the party further than anyone could have dreamed 20-years ago; Sen. Bernie Sanders and the Democratic Socialist wing of the Democratic Party is a true grassroots movement, complete with as much momentum and enthusiasm as any Democrat could wish.

On the other, the attempts to defund and dismantle the police coupled with the rising crime in major Democratic cities; the most inane defenses of the recent rioting and looting; the CHAZ; public Twitter clashes between progressives and moderates in the party; bitter primary challenges during a tough election year; and a race to appeal to the furthest left at the constant risk of alienating moderates and the working-class.

Defund the police in particular, coupled with the sharp rise in violent crime in major cities over the past few months has been the kiss of death for Democrats.

If voters aren’t convinced, Democrats are taking a terrible chance. And there is plenty of evidence at present that U.S. voters are in no way ready to dismantle law enforcement agencies as part of a plan to, “overhaul the criminal justice system from top to bottom” as it now says on the Democratic Party platform.

Donald Trump, on the other hand, believes most voters- or at least, those independents and undecideds who still might swing his way- will sympathize more with small business owners who have lost their life savings and their livelihoods, not to COVID-19, but to looting.

Democrats ignore the upswing in violence currently plaguing major cities at their peril. A great deal of damage has been caused by the protests. Soon we will have a total dollar amount and it is going to be staggering. In the meantime, we have enough information to know the protests which began in May have already been the most expensive in history.

Violence, and violent images of burning and looting on the nightly news, creates single issue voters- and more conservative ones at that. Coupled with calls to defund police, and the combination may prove poisonous with likely swing voters and moderates.

See too the disastrous decision to brand efforts to expand the Supreme Court “Court packing”.

3. The Media and Big Tech Can’t Save Joe Biden

Above all things, voters like checks on power. That is why whichever political party holds the Oval Office doesn’t usually do all that well in the mid-terms.

It hasn’t escaped all notice that the mainstream media has fully embraced its role as the PR arm of the Dmeocratic Party. Though the media is not a branch of government, it is certainly acting as if it is a state sponsored media outlet of the political party currently out of executive power.

That the media accepts, with absolute credulity, Democratic Party talking points as gospel fact is becoming increasingly difficult to ignore.

As a result, persuadable voters have turned the channel. Which means the media cannot save Joe Biden. In fact, media bias against Trump may actually be helping Trump.

Nor can Silicon Valley save Joe Biden. Big Tech tried to “help” Joe Biden’s campaign recently by suppressing the Hunter Biden laptop story. It worked about as well as banning anything ever does.

Twitter and Facebook succeeded in doubling the reach of the damaging story. In trying to help Biden, social media giants accidentally helped Trump.

It isn’t just that tech giants tried a gambit and failed. It is that they thought this scheme would work in the first place. Since the Hillary Clinton emails debacle of 2016, the media and Silicone Vally has had four years to come up with a better plan.

The previous record-holder for ultimate vote of no-confidence in the strength of Joe Biden, his campaign, and the Democratic Party was Mike Bloomberg’s 11th hour effort to buy the Democratic primary.

With friends like these, is there any hope for Joe Biden? Will his campaign really succeed where Clinton’s failed?

And the most important question of all: Are Democrats headed for another unpleasant Election Day surprise?