The Biden Electability Logic Is Flawed

Stop defending Joe Biden and replace him before it’s too late. 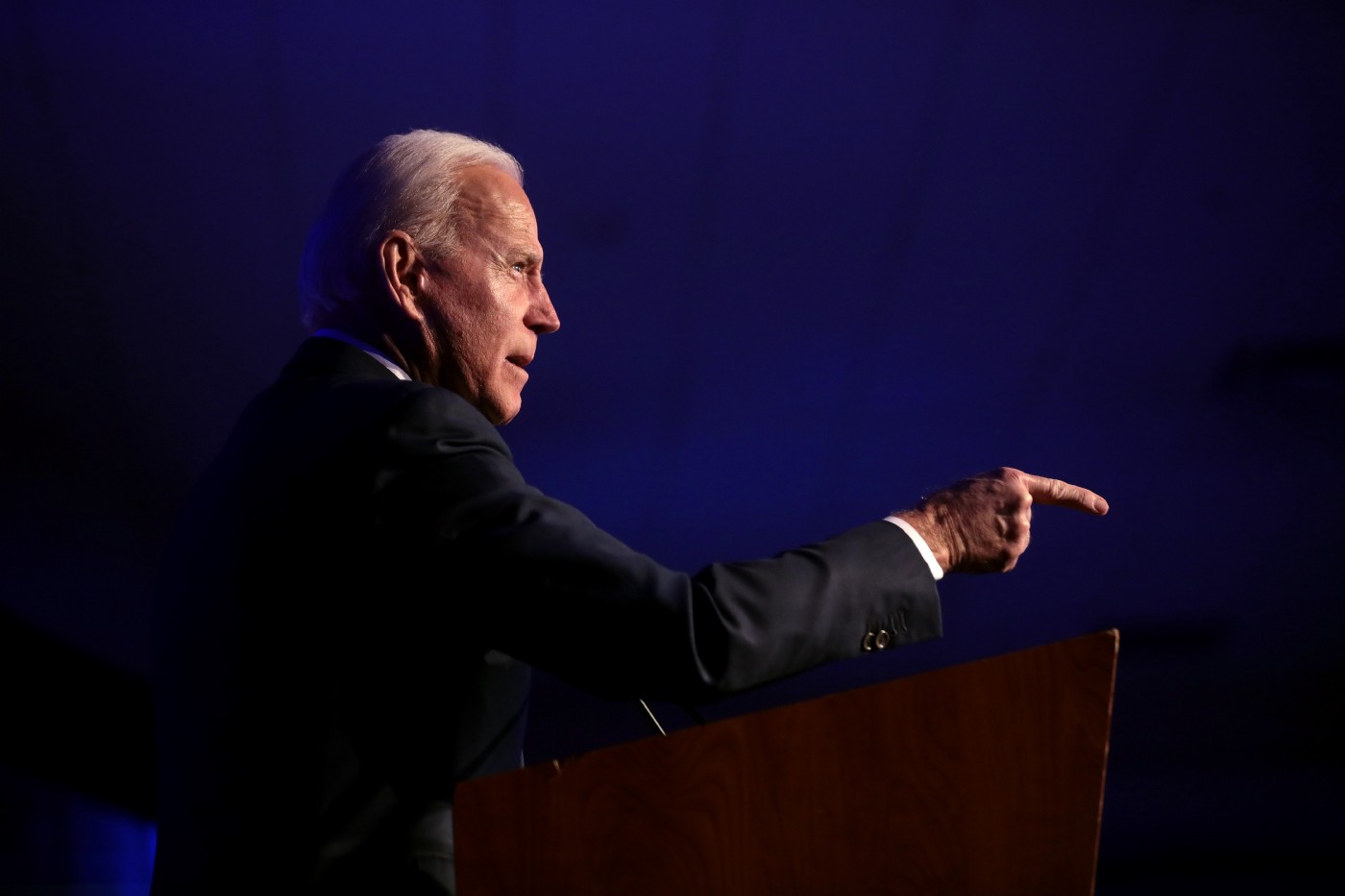 The Democratic Party chose Joe Biden, reluctantly- ostensibly, because he was the most electable candidate. Not everyone is convinced, however, that Joe Biden really has the best chance of beating Donald Trump in November.

There is a circular, deeply flawed logic at the heart of the Democratic Party’s herculean efforts to make Joe Biden the nominee, efforts that have only been marginally helped by the candidate himself.

The Biden logic went like this: Biden was the most electable. That was his main strength.

Now, when you point out the weaknesses of Joe Biden as a candidate, his defenders don’t even argue. Yes, Biden is a weak candidate, they say; But Trump is so terrible, a ham sandwich could beat him.

If a ham sandwich could beat Donald Trump, why is the Democratic Party so intent on such a safe, “electable” bet like Joe Biden? Why not Kamala Harris? Why not Bernie Sanders?

It’s a contradiction: We need Joe Biden because he is electable; We don’t particularly need anyone electable because Trump is so terrible.

No one thought Joe Biden was the best person for the job of President; only the most electable one. If Democrats are wrong about his electability, the consequences are going to be severe.

Voting Democrats will not stop hating Donald Trump during the four years that follow, but they will not forget that it was the Democratic Party’s failure- again- and another terrible error in judgement, which led to it.

It is time to have an honest conversation about the strength of Joe Biden as a candidate. If anyone can beat Trump, why settle for Biden? Conversely, if Trump is going to be tough to beat in November, it matters if Biden is a weak candidate.

True; there is a certain affinity for Joe Biden in the African-American community, though it can hardly be called enthusiasm. Whether or not Biden deserves this affinity, which is primarily due to his close proximity to the Obama Presidency, is another matter.

African-American voters might not be so keen on Biden once Donald Trump has spent months, and millions, reminding everyone that Joe Biden, not Donald J. Trump, authored the “Three Strikes” crime bill in 1994 that has since put so many promising young African-American men in jail.

Many victims of “three strikes” received life sentences for non-violent drug offenses. Some are still serving those sentences today.

Donald Trump? He passed the FIRST STEP Act, which got some of those very people incarcerated unjustly for long periods out of the federal prison system and back home with their families where they belong.

The Trump administration has since moved forward with next steps, proposing even more corrections to an American criminal justice system perverted by the “War on Drugs” and “tough on crime” measures like the 1994 crime bill.

Think Trump voters are disgusted with President Donald Trump due to his handling of the coronavirus crisis? Think again.

Covid-19 hit concentrated populations in urban centers the hardest, which are primary run by and populated with Democrats. It left many parts of Trump country largely untouched. There are plenty of red and swing districts Trump carried in 2016 which have had few cases at all, if any, and very few deaths.

The lock-downs did seem particularly draconian in these areas, not least of which the decision to close schools. But since the strictest of the lock-downs happened in cities where Democrats control the state and local governments, it is largely on those groups that blame will fall, if voters feel like blaming someone.

Think Trump voters are going to blame Trump because unemployment is sky-high and the economy is in the tank? Wrong again.

Think Trump voters are going to blame Trump for the mass protests, some of which have turned violent?

On the contrary. In most Trump-voting places, there has been little unrest. Most of what Trump voters know about the protests they learned from the media coverage of burning buildings and looted stores. And they weren’t impressed.

This idea is far less popular.

Republican campaign strategists weren’t afraid of Joe Biden; and they aren’t afraid of him now. They might have preferred Bernie Sanders. Sanders is so polarizing, and his policy proposals so terrifying to the right, he might have hurt the Democratic Party’s chances badly in 2020.

That is, if you still believe Sanders would have hurt them in 2016. Many don’t.

Elected Republicans aren’t afraid of a Biden Presidency, either: Nothing meaningful will change, and they know it. Biden is well-known quantity in Washington.

Republican Party strategists are on the fence about attacking Biden: Go all-in against Biden too soon, they fear, and the Democratic Party might have a chance to replace him with a stronger candidate.

Trump campaign manager Brad Parscale was not one of those people.You can bet he watched Joe Biden debate- carefully. Why is Parscale so anxious to get Joe Biden on a stage with Donald Trump?

“I would like to see debates earlier, I would like to see more of them. I’d like the American people to see the President versus Biden without the media filter and what better way than to see them onstage, you know, going mano-a-mano.” — Brad Parscale, Trump Campaign manager. June 19, 2020.

Parscale is right: The press at large is ignoring Biden’s weaknesses. They think they are helping the Democratic Party by doing this: They are wrong. Worse, many members of the press are now more personally vested in telling news consumers what they want to hear than in telling the unvarnished truth: Joe Biden is a very weak candidate and he always has been.

But the mainstream press isn’t the only paper in town anymore. Not everyone in the media is willing to protect Biden.

“The news media on the Left has completely ignored all of these Biden speeches that clearly show some sort of kind of cognitive decline.” — Joe Rogan. June 17, 2020.

Media personality Joe Rogan has noticed Biden 2020 isn’t Biden 2012, and so have others. Rogan isn’t exactly un-influential. He is no fan of Trump, but like many progressives, Joe Rogan can’t believe the Democratic Party has put anyone in the position of depending on Biden.

It is possible that the Democratic Party is being lulled into a false sense of security by polls showing Joe Biden beating Donald Trump.

There are major problems with current methods of polling. We saw some of those problems in 2016; these polling problems have not been addressed. Republicans, and Trump voters in particular, are not being adequately sampled.

The other problem with polls is that this is June. Which leaves four whole months until the election. The Trump campaign has an almost unlimited campaign budget. Republicans raised a great deal of money on impeachment. Even in a depressing fiscal quarter like the last one, the RNC and Donald Trump managed to rake in record-setting amounts of cash.

Sure, Biden’s poll numbers look good and Trump’s look terrible- now. The press and the Democratic Party have been hitting Trump with everything they have for going on four years now.

Trump’s personality flaws, his bombastic manner, and his infamous tweets are now deeply sunk costs for the Republican Party. Voters already know all this about Donald Trump.

The question now is, what will Donald Trump- with a captive audience of breathless press attendants amplifying his every word- tell them between now and November, over and over, about Joe Biden.

And the answer is everything.