He didn’t win the primary debates, raise the most money or generate the most enthusiasm. Biden’s strength is in his political relationships. Is it enough? 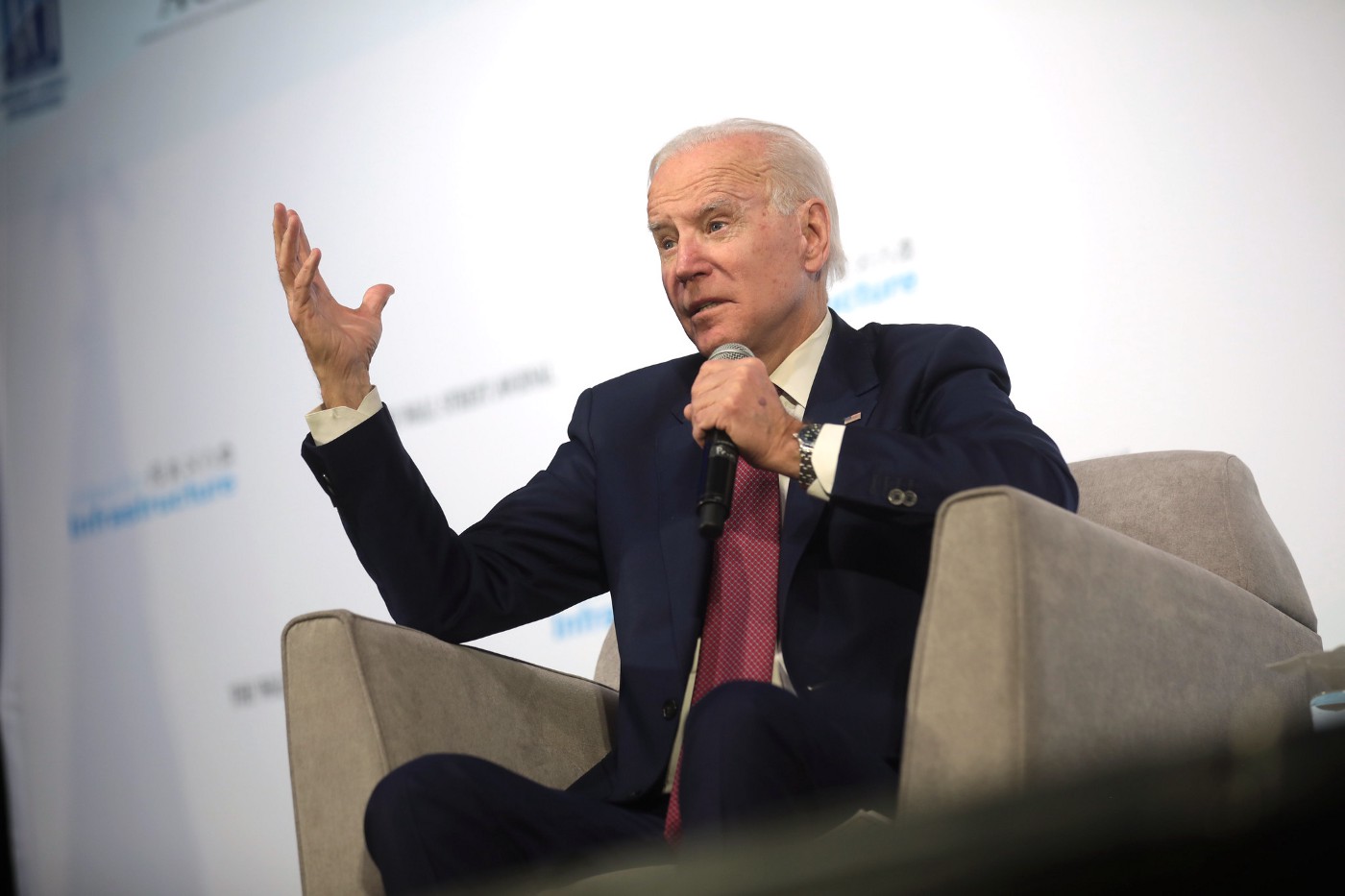 On the heels of the history-making administration of former President Barack Obama, came the most diverse, dynamic and exciting group of Democratic primary contenders for which anyone could have wished.

The almost four unfortunate years of Donald Trump seemed close to an end.

But a birds-eye view didn’t give Democratic voters a full picture of the Democratic primary field. Just beneath the surface, everything was going horribly wrong.

Primary voters liked the field of contenders well enough; but no one candidate obviously stood out among the rest. Each candidate had major drawbacks; weaknesses Democratic Party leadership thought might be dealbreakers.

Pete Buttigieg was a promising young talent, with a penchant for putting audiences at ease and an oratory style that mimicked Obama’s to a fault. Many progressive Democrats gravitated towards Buttigieg at first, anxious to elect the first openly-gay U.S. President. But Buttigieg, eyeing the moderate ground, made a play for the middle that didn’t precisely pay off. Progressives were put off by Buttigieg pandering to party moderates, and his professional history, and abandoned him.

Beto O’Rourke was a promising young talent on the team, too. But one perhaps too interested in attention-grabbing headlines and poorly-calculated dogmatic pronouncements. Telling moderate Democratic voters in the South that, “Hell, yes; we are coming to take your AR-15!” proved a mistake.

That, coupled with his questionable cover-spread on Vanity Fair magazine, complete with quotes dripping with privilege like, “I was born to be in this, man.”, effectively ended O’Rourke’s campaign.

Andrew Yang was likable enough, but couldn’t get traction with his signature campaign promise of universal public income.

In spite of a field crowded with qualified women, none of them seemed to get very far with Democratic primary voters. Sen. Amy Klobuchar had a certain midwestern appeal, but she just couldn’t get the votes. Nor could Sen. Kirsten Gillibrand or Rep. Tulsi Gabbard.

Sen. Kamala Harris was ultimately rejected by voters as well. Her history as a prosecutor hurt her badly with progressive Democrats. The decision to put her sister in charge of the Harris campaign didn’t help matters.

Nor did Harris seem able to achieve high levels of support from African-American voters. The same fate ultimately befell the campaign of Sen. Cory Booker.

Former Vice President and erstwhile Senator from Delaware Joe Biden was considered the moderate answer to the terrifying prospect of a Warren or Sanders ticket. Biden was also considered by many to be the weakest candidate of the group.

A history of gaffes, a series of wildly unsuccessful presidential campaigns, a problematic voting record and a dozen women who came forward to say that Joe Biden touched them inappropriately made Biden look particularly weak. In the context of a group of young, hungry politicians anxious to distinguish themselves in a crowded field made Biden look even weaker.

So weak in fact, Michael Bloomberg made an ill-advised, last-minute bid to buy the nomination in order to keep Bernie Sanders from becoming the nominee. Sanders- who is in fact an Independent, not a Democrat- scared Democratic Party leadership so much, a concerted effort was soon underway to stop his rise in the polls.

Biden surprised everyone, however. As his opponents dropped out one by one and endorsed him, as the field narrowed to Biden versus Sanders, the Democratic Party powers that be spoke.

Biden, in spite of the overall feeling on the left that Joe Biden has lost a step or two since the political heyday of his failed presidential campaigns, was to become the nominee.

Published by Politico on Friday, “The President Was Not Encouraging: What Obama Really Thought About Biden,” breaks out just how unlikely the Biden nomination truly was.

In a case study of, “damning with faint praise,” the article conveys a grudging respect for Biden’s tenacity, even in spite of lingering doubts.

Chief among Biden’s doubters; his boss, former President Barack Obama. Long before Joe Biden’s elder son succumbed to cancer in 2015, Obama and his staff were starting to back Clinton. About a Biden run, “the President was not encouraging.”

Which means Barack Obama- and his staff- thought Hilary Clinton had a much better chance than Joe Biden in 2016.

“The good thing about a Biden run is that he would make Hillary look so much better,” wrote Neera Tanden, an Obama administration advisor and top Hillary Clinton campaign aide in an email in 2015. The internal communication was later exposed by Wikileaks.

That insiders thought so little of Biden’s potential on the campaign trail- in 2015- is not heartening.

That Biden explains away his history of self-aggrandizing outbursts as, “I exaggerate when I’m angry,” or that he repeated the third grade, is even less heartening. Will voters really be that impressed by Biden’s, “nearly unrivaled rolodex,”?

The Politico article explains how Biden’s history as a dealmaking Washington politician managed to help him cinch the Democratic nomination, in what was a very odd time even before the further complications of COVID-19 and the tragic murder of George Floyd.

But it doesn’t explain how being a, “politician’s politician,” is going to help Joe Biden get elected.

Voters aren’t likely to be impressed that Biden pushed President Obama to include state and local elected officials onstage behind him during 2012 campaign stump speeches in order to generate political good-will Biden could cash in later.

The average voter understands such things are necessary in politics; and also that such machinations net very little in taxpayer benefits. None of it explains how Biden is going to persuade undecided, independent and moderate working-class voters to vote for him. He hasn’t done them any favors.

Working-class people in rural areas all across the country have watched their communities dismantled by lopsided global trading agreements that have benefitted U.S. trading partners- and U.S. politicians. Voters from these communities were disappointed with the Obama/Biden administration because they weren’t better off economically at the end of it.

They were equally disappointed in the George W. Bush administration, and for the same reason. A working-class voter would probably describe the two presidencies in similar terms; higher taxes, fewer jobs, senseless wars.

Republicans and Democrats need to confront the shortcomings of the two major political parties. If the career politicians in the Republican and Democratic Parties had been delivering on their responsibilities to the working-class in 2016, there would be no President Donald Trump on the right.

And no Bernie Sanders on the left.

Donald Trump managed to win in 2016 without the benefit of political connections. In fact, he managed to get elected in spite of the best efforts of the leadership of both major political parties.

Whereas Jeb Bush, son of one former U.S. President and brother of another, someone with no shortage of political connections, was handily rejected by Republican voters in 2016. A Bush grandson was recently defeated in a special election- in Texas.

Biden’s brand of, “retail politics,” might not appeal to working-class voters. If that is how the head of Biden’s presidential transition team characterizes the former Vice President, how might Biden’s opponents describe him?

What are voters going to see when they look at Joe Biden?

It is possible that being, “not Trump,” will be enough. But perhaps not.