Joe Biden is a Weaker Candidate Than Hillary Clinton 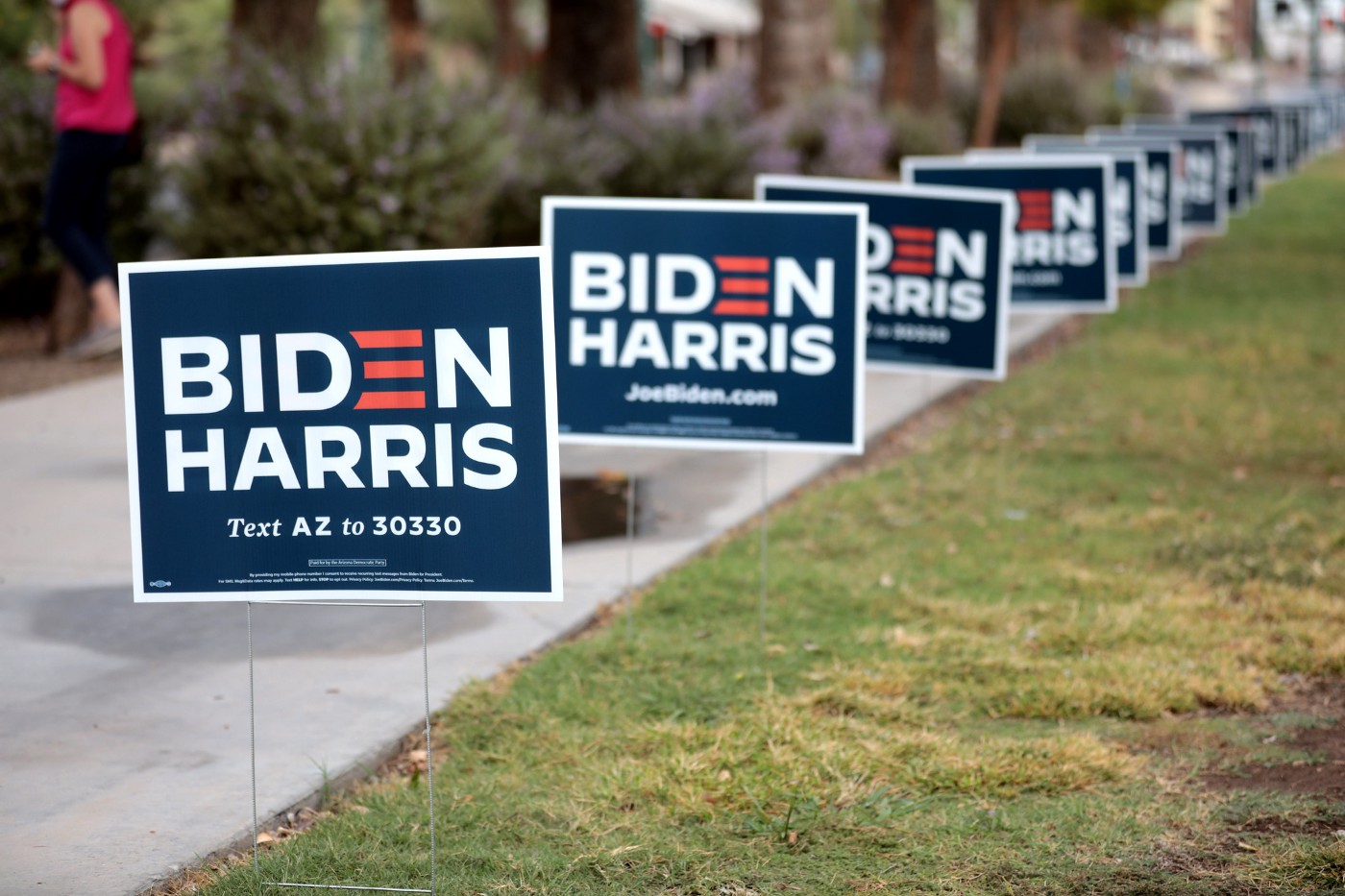 The worst, for the moment, had been averted. Self-avowed Democratic Socialist, and Independent wild card, Senator Bernie Sanders had been vanquished by a coalition of powerful party leaders and moderate voters.

After all, Bernie Sanders wasn’t vanquished by the strength of Joe Biden. Former Vice President Joe Biden trailed Sanders, and several other candidates, throughout the race, in two early primaries, and in the polls for a wide swath of the country. The Biden campaign’s fundraising was lackadaisical, at best. Biden was badly overshadowed by his competitors, including his running mate Sen. Kamala Harris, during the primary debates.

In many ways, Joe Biden is the candidate no one wanted, but on whom almost everyone was willing to compromise.

Not so Hillary Clinton.

Hillary Clinton’s claim at this point in 2016 seemed far stronger. Clinton had an enthusiastic base of supporters to rival even that of Bernie Sanders and Donald Trump. Support for Clinton was highly visible: People were proudly sporting shirts declaring they were “with her” and campaigning for the Clinton campaign. Hillary Clinton campaign signs were everywhere.

She, like Joe Biden, was considered a stronger candidate than Bernie Sanders. Yet, Bernie Sanders- an outspoken outsider with a long history of fighting for progressive and working-class causes- might have fared better in the race against Trump than Clinton did.

In 2016, everyone was so certain Clinton was headed for a win. Media figures, celebrities, Wall Street, betting companies, Hillary Clinton, Donald Trump, Republicans, and Democrats were united in the expectation that the Hillary Clinton administration was a long foregone conclusion. Current House Speaker Rep. Nancy Pelosi guaranteed it.

Then something unexpected happened on the way to the forum, on Hillary Clinton’s preordained path to the White House: Donald Trump won.

Why? And what is different this time around? Is Joe Biden really a stronger candidate than Hillary Clinton? Can he succeed where she- and everyone “with her”- failed?

There have been plenty of theories about why Clinton lost in 2016, some with more merit than others. Like all complex outcomes, Clinton’s loss to Trump in 2016 was the result of more than one factor.

Unfortunately for Democrats, most of the factors which contributed to Clinton’s loss are exacerbated in Joe Biden.

Plenty of Democratic strategists with the benefit of 20/20 hindsight believe Hillary Clinton shouldn’t have insulted voters by calling them “deplorables” in 2016. Only the Democratic Party is now calling everyone who voted for Trump in 2016- all 63 million of them- deplorable and worse.

Voters who didn’t like being dismissed as deplorables are going to appreciate being branded as racist white supremacists even less. Joe Biden isn’t sticking up for them, either. He recently called Trump voters “chumps,” though he, like Clinton, later walked back that statement.

Hillary had too much baggage; Joe Biden has more. The “scandal” which Democrats credit with derailing the Clinton campaign at the last possible moment, “But, Her Emails!”, involved Hillary Clinton’s unauthorized use of a private email server and a trove of mostly boring internal DNC emails dumped through Wikileaks.

Joe Biden’s scandals- family members enriching themselves in dealings with shady foreign companies and influence peddling schemes, a sexual assault charge by a former staff member, accusations of unwanted touching which surfaced during the primary- are all much easier to understand. Clinton’s emails scandal didn’t just go away in 2016. Will Joe Biden’s scandals just go away in 2020?

According to all the polls, Joe Biden is winning, and by a lot, but the Biden campaign has had to keep changing its tune in response to the Trump campaign, not the other way around. The Biden campaign spent months telling everyone that Biden wasn’t leaving the house to do in-person campaign events because it isn’t safe and that the Biden campaign would not be knocking on doors.

If Biden is so far ahead, why?

At last, Democrats in swing states thought, Joe Biden would be hitting the campaign trail in earnest. But after weeks of calling early “lids”- which is an unofficial communication to the bevy of imbedded reporters that the candidate will be doing no more events that day- swing state Democrats are once again feeling nervous.

Democrats who mention such nervousness or are flashing warning signals because Biden sometimes struggles to answer soft-ball questions without a teleprompter are immediately decried as bed-wetters and milquetoasts. These naysayers are shouted down by a Greek chorus of “What, do you want Trump to win?”

Donald Trump, we are told, is a uniquely evil threat to the country- this is not the time to be overly-critical of Joe Biden. Democrats weren’t interested in criticisms of the Clinton campaign in 2016, either. That strategy did not win the White House in the end.

In many ways, Joe Biden is a weaker candidate than Clinton ever was.

That Donald Trump is terrible was not a good enough defense of Hillary Clinton in 2016. Will Trump’s unpopularity in polls be sufficient for Joe Biden and the Democratic Party this time around?