It’s Time for the Press to Hold Democrats Accountable

After Trump’s acquittal and the Iowa caucus debacle, journalists must not cover for a party that needs accountability more than it needs friends. 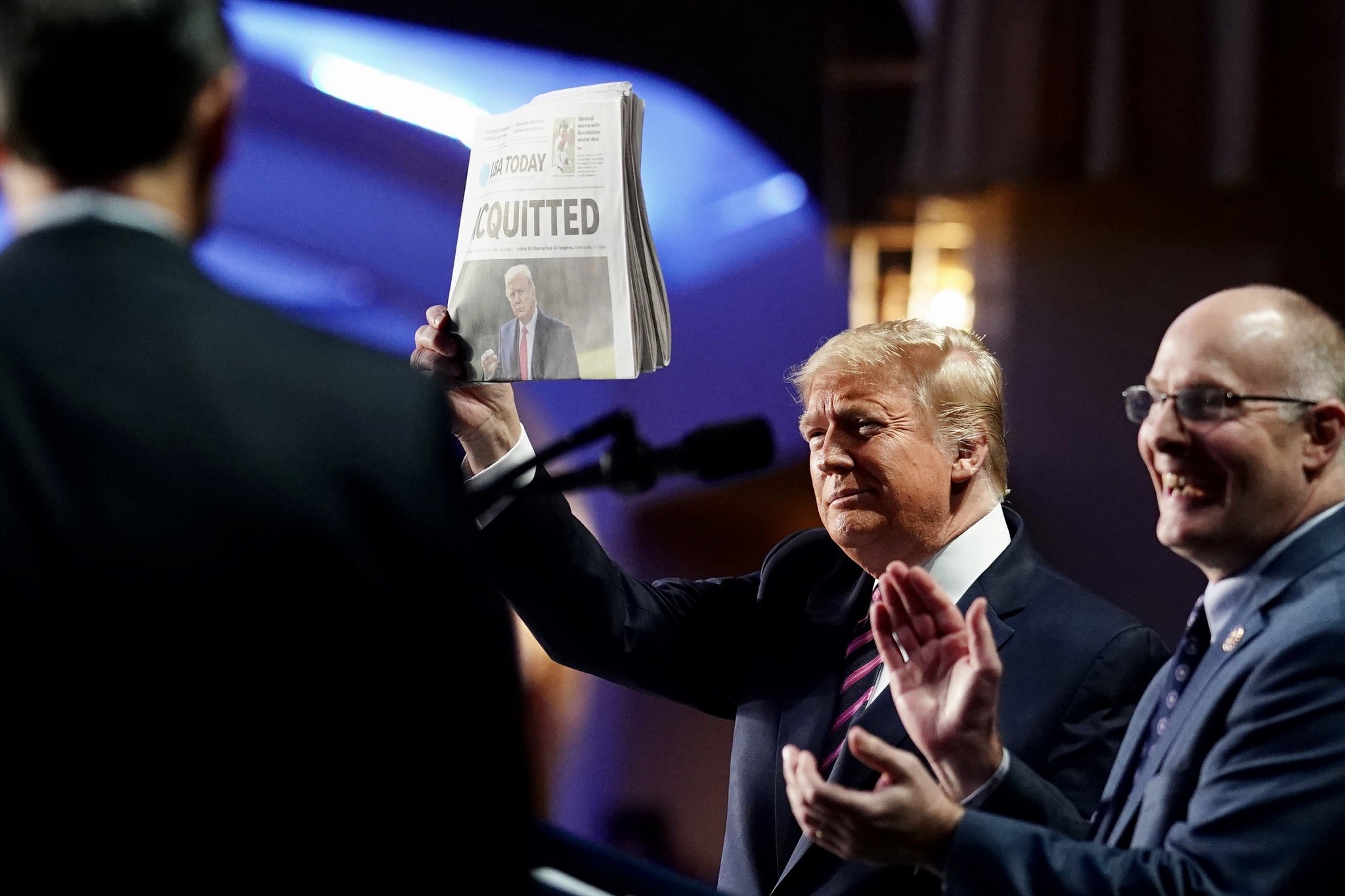 By any metric, it has been a very bad week for the Democratic Party.

Trump, claiming exoneration and victory upon the heels of his long-anticipated impeachment acquittal in the Senate, is touting himself as the economic savior of American prosperity. The only thing House Speaker Nancy Pelosi (D-CA) seems able to do about it is theatrically tear up a piece of paper.

Starting February 14, China will be cutting tariffs in half on $75 billion in U.S. goods. In 2019, the U.S. trade deficit narrowed for the first time in six years. Private payrolls skyrocketed in January and unemployment is reaching infinitesimal proportions. The majority of Americans- a robust 60%- report being financially better off than they were a year ago and Gallup reports a whopping 90% are satisfied with their lives.

Trump’s approval rate has hit its highest to date and Iowa was a complete disaster for Democrats. The embarrassing episode continues, even days after voting, as the full results aren’t yet known. For the first time in history, Democratic candidates left Iowa without a clear winner and the much-needed boost which would have come with it for someone. Though that hasn’t stopped every campaign- save perhaps Joe Biden’s- from claiming victory.

The Iowa caucus was such a catastrophic failure that no one running or voting will fully accept the results, whatever consensus Democrats in Iowa eventually come to about who won.

In the midst of all this, should left-leaning journalists and media companies continue to heap praise on elected Democrats, even as the DNC seems to determined to squander any chance of removing Trump from office, either before or after election day 2020?

Yet from the left there is praise for Pelosi’s speech-ripping and the message that her “rage” is what Democrats need right now. There is also a failure to acknowledge any of the Democratic leadership missteps which has left Donald Trump in a position to hold up the Washington Post with the headline declaring himself “Acquitted” today.

While the Democrats and their water-carriers in the media continue to comfort themselves with lies, mistruths and half-truths about the upcoming election and their mastery over it, what Democrats really need is a cold appraisal of what went wrong in 2016: One which includes the blaming of Democrats, long overdue.

That same policy of candy-coating for Democrats has continued apace ever since.

The New York Times soothes its readers today with the news that it was merely Joseph R. Biden, Jr.’s late start in Iowa that dealt his such a disappointing gut punch to his campaign, which probably finished fourth.

In the aftermath, Biden is really taking his staff to task over the campaign’s poor Iowa performance. Reading between the lines is the tale of an unrealistic bureaucrat lambasting a staff he thinks is not equal to the task at hand.

Is anyone on Biden’s staff, or indeed anyone at the New York Times willing to admit the truth outsiders objective to Biden have been first murmuring, then saying, then shouting for months.

All those polls showing Biden leading the field? Nonsense. Exhibit A, Biden’s dismal fourth place (probably) showing in Iowa. Bloomberg spending his billions to contest Biden was the biggest vote of no confidence on record.

The only good news to come out of Iowa for Joe Biden was that the Democratic Party made an even worse showing in Iowa than he did.

Until the reality check of actual voters in Iowa not actually voting for Biden, serious news networks maintained, in unison, the fiction that Joe Biden was-at any time- leading in this race.

Not only has he never been in the lead in this race by any metric but polls, which were shown in 2016 to be highly unreliable at best, he has never been capable of going the distance in this highly contentious race.

Anyone who has watched even one of Biden’s debate performances throughout the primary- or watched his mountainous pile of gaffes and misspeaks grow exponentially higher- should know that Biden had no chance of surviving the race against Trump.

If the gaffes, lack of enthusiastic support or the Obama endorsement Biden failed to secure didn’t convince Democratic leadership to abandon Biden months ago, Democratic king-makers should have done so when news of Burisma broke.

Biden’s race was over the minute his name got dragged through Trump’s impeachment ringer along with Donald Trump.

A press taking collective and constant aim at Donald Trump could not help but pepper Joe Biden with friendly fire. Biden cannot now, nor has he ever been able to satisfactorily explain his son’s $50,000 a month board position with a Ukrainian energy interest for which the younger Biden had no relevant experience while his father was the Obama administration point man on anti-corruption in Ukraine.

News networks using the “telling views what they want to hear so they’ll watch our advertisements” are doomed to failure for an obvious reason: You can’t please everyone.

And as CNN recently learned to its cost, viewers who’ve grown used to being told only what they want to hear will turn in an instant on any news network that suddenly dries up that river of good feelings.

The only media companies and news networks can do- with certainty and with absolute consistency and clarity- is report the facts. Report on events as they happen. Without agenda, without spin, without tailoring everything to fit an audience Democrats want fired up for election day.

If Democrats have proved nothing else over the past three years and counting, it is that they have absolutely no idea how to beat Trump. Members of the press in particular should have noticed this and instead of continuing to treat Democrats with kid gloves in the press, it might be time to start holding Democrats to the same cynical standards to which they hold Republicans.

Honest journalists may begin to find far more similarities between the two than they have been leading the American public to believe.

It is time for serious members of the press to start asking themselves what happens to the political party that doesn’t have to worry about its failures being widely reported by an overly-friendly press.

Because that is exactly what is happening to the Democratic Party.