If Not Biden, Who?

Moderate Democrats are putting the party in the questionable position of hoping a billionaire has enough money to buy the race. 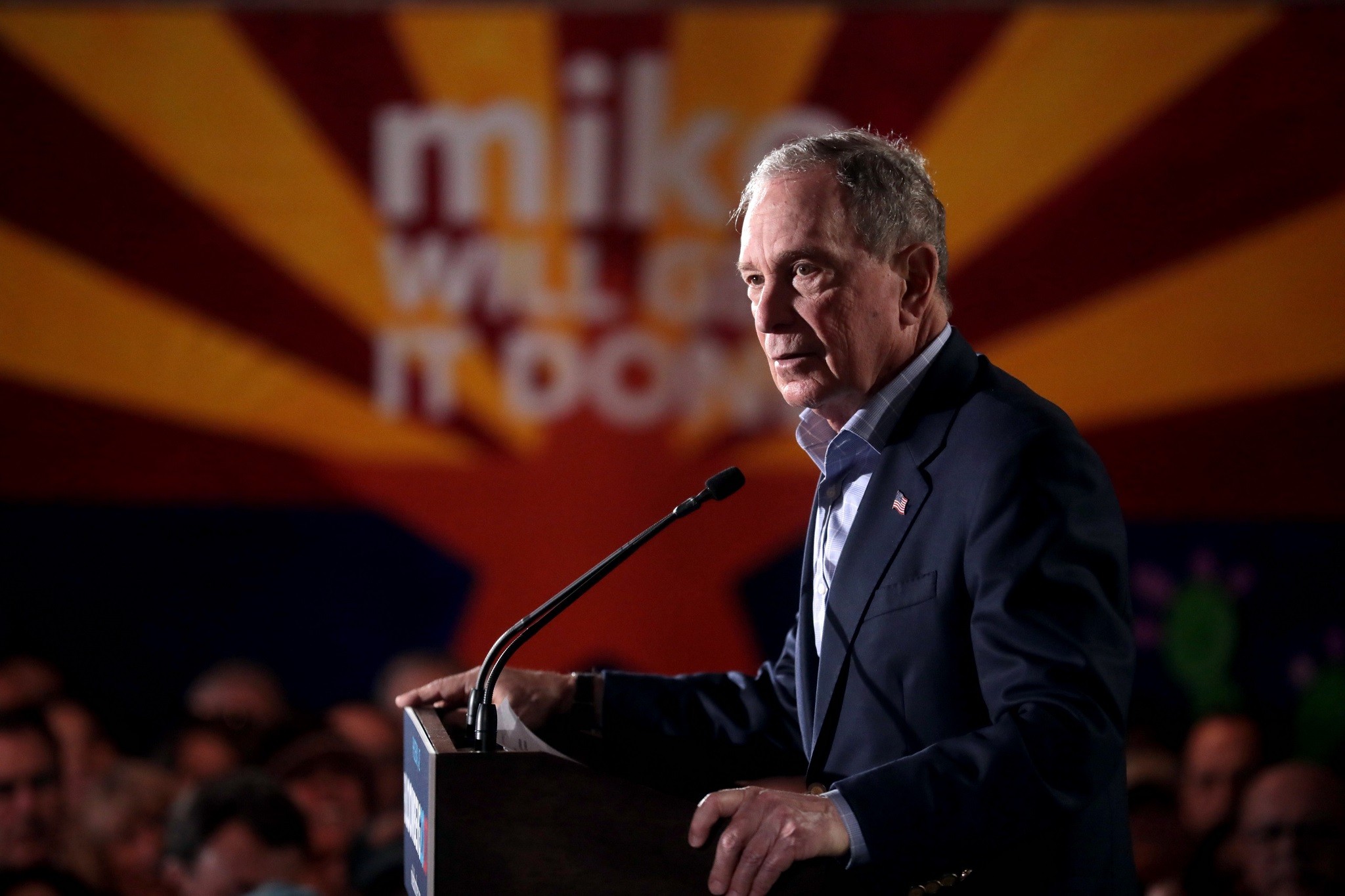 “If Joe Biden wasn’t up for this, someone should have said so before now” laments one publication on the sad fate of the Joe Biden campaign post-Iowa. That many prominent Democrats have said so, and have been saying so for many months now, has gone unnoticed.

The biggest blow to the Biden campaign wasn’t Biden’s yesterday snap at a female college student who dared raise the question of electability in the wake of his poor performance in Iowa. It wasn’t his head-shaking decision to call her a “lying dog-faced pony soldier” (whatever in the world that is).

It wasn’t even the time Biden challenged an older Democrat at a town hall to a push-up contest.

Two knock-out punches hit the Biden campaign much earlier: Biden’s failure to secure the Obama endorsement was a critical blow and the entrance of Mike Bloomberg into the race was a massive vote of no-confidence in Joe Biden.

Either one of these things might have been enough to sink Biden. With both hitting his campaign, Biden was never going to recover and gain enough momentum to carry him through the Democratic Primary.

All that, together with Biden’s lamentable connection to Trump’s impeachment- and the endless news coverage that came with it; plus his poor handling of questions about his son’s work in Ukraine would have taken anyone out of the race, let alone Biden.

Because Joe Biden was was a weak candidate to start with.

Democrats in leadership and in the press should be ashamed of themselves for not admitting it sooner. Every lie they told themselves, each other, and the public about Joe Biden’s electability after watching his terrible debate performances is going to cost Democrats dearly on election day this November.

Is it any wonder Trump is making inroads with African-American voters? For urgent needs such as infrastructure improvement in crumbling communities of color, criminal justice system reform, environmental concerns, and crime-infested cities the Democratic Party offers Black Americans…Joe Biden.

Iowa was such a fiasco for Democrats, and on so many levels, the poor performance of Joe Biden has been somewhat mitigated. But Democrats should at least be grateful that Iowa revealed the truth about Joe Biden long obscured by imaginary polls and odds-on predictions.

In real life, last week in Iowa, no one was voting for Joe Biden. And even Biden openly admits that his support in tomorrow’s New Hampshire caucus is likely to be just as dismal.

Leadership Democrats can almost be forgiven for hoping Biden would- somehow- pull through. Who else is there?

No one in the race is particularly moderate, at least not by any standard definition of the term “moderate” older than two-years. Even Michael Bloomberg has joined the Democratic stampede to the left.

Progressives in the Democratic Party don’t like Bernie Sanders because he claims to care about all the things they care about; they like him because he has never wavered in his support for causes dear to liberal hearts, whatever it has cost him.

The appeal of Bernie Sanders is not something that is reproducible- it can not be replicated by other presidential campaigns and Democrats should have resisted the urge to try.

And the fact that Sanders’ commitment to the liberal cause has obviously cost him powerful friends in high Democratic places doesn’t hurt his mass appeal with everyday voters at all.

Progressive Democratic voters are sick of Washington and yes, of the Joe Bidens of the Democratic Party who take advantage of their position to enrich unqualified family members in ways that are as completely legal as they are deeply unethical.

Progressives in the Democratic Party are sick of politicians like Hillary Clinton, who blasted Sen. Bernie Sanders in a recently aired interview. When asked about Sanders, Clinton said “no one likes him” and refused to say if she would support Sanders if he became the nominee.

Tolerance on the progressive left is also waning for politicians like John Kerry, who after spending considerable time on the campaign trail this year trying to convince voters of the merits of Joe Biden, was overheard by a reporter talking about entering the race himself.

Even Barack Obama is frustrating progressives on the left.

The former President hasn’t supported anyone currently in the race for the nomination and he hasn’t endorsed anyone either. This is odd enough, especially considering his former vice president and his protege, former Governor Deval Patrick, are both in the race.

As powerful Democrats are fond of pointing out, Bernie only converted to the Democratic Party in 2016.

By the same token, the man many centrist Democrats seem to be taking another look at is billionaire Mike Bloomberg. The former New York City Mayor has been investing considerable sums in campaign ads aimed at later caucusing states and is seeing some return on his investments in the form of rising poll numbers.

But as Sanders supporters will surely point out in their turn, Mike Bloomberg only converted to the Democratic Party fairly recently. And unlike formerly-Independent Bernie Sanders, Mike Bloomberg is a former Republican.