Are Democrats Even Trying to Win?

Beating Trump in 2020 should have been a walk-on for Democrats. Why are they blowing it? 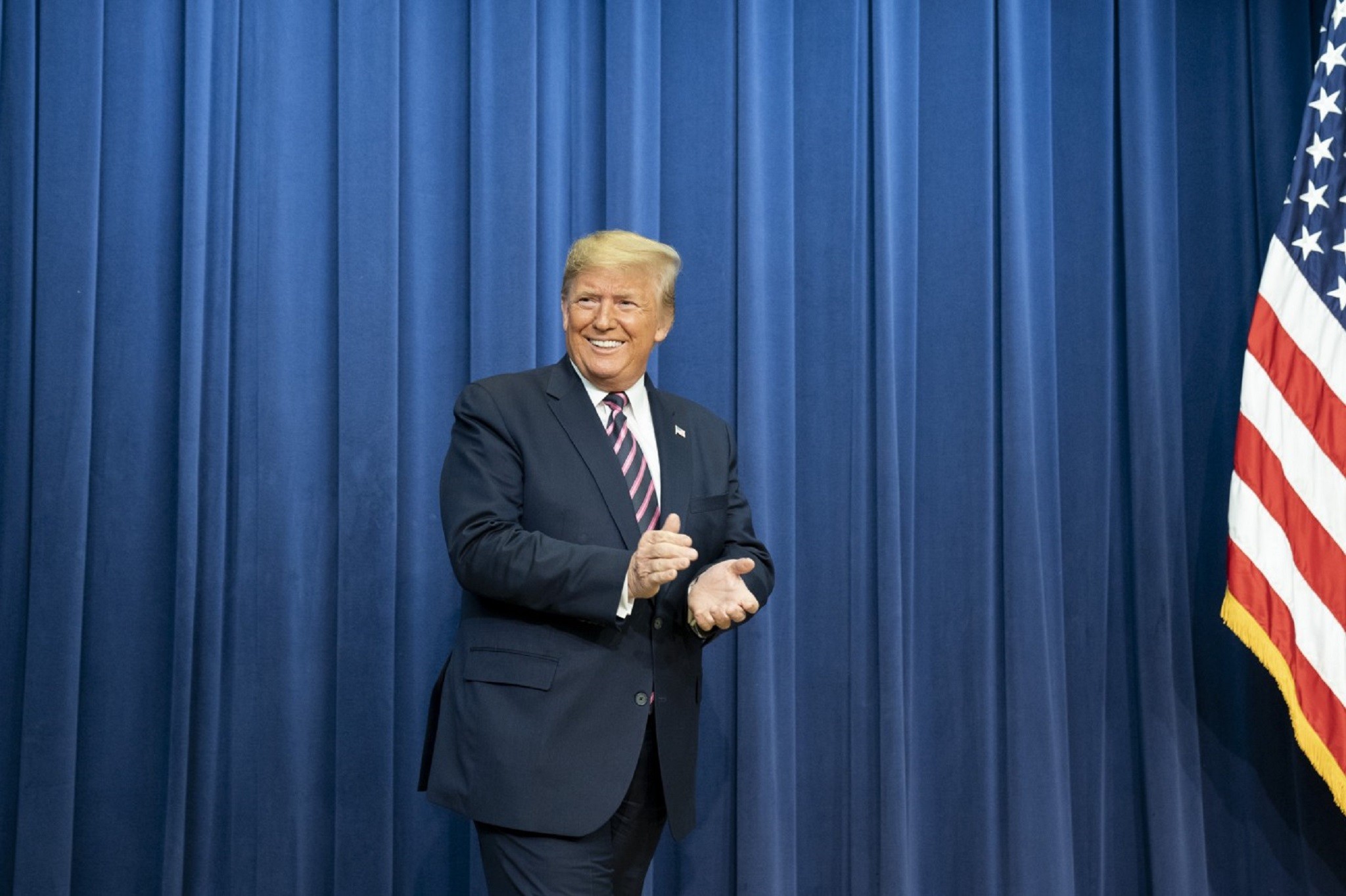 To the consternation of liberals everywhere, in a year where his number of Tweets doubled- and his number of celebrities and pseudo-celebrities insulted likely more than doubled- President Donald Trump has somehow managed to raise his approval rating.

Trump’s approval rating is now higher than was former President Barack Obama’s at a similar point during his 2012 re-election campaign.

The 2020 election should have been theirs to lose, but things aren’t looking good for Democrats heading into 2020. It is true, however, that yesterday’s surprise military strike against Iranian Revolutionary Guard commander Qassem Soleimani proves anything could happen between now and November.

News of the successful airstrike has shaken the stock market today, but Wall Street started 2020 out with a record-level bang and the economic fireworks seem far from over.

Investors are confident in a long-term trade deal with China and a positive impact from the USMCA passed at the end of the 2019. Trump’s announcement that he will sign a first-step deal with China on January 15, 2020 is providing yet another boost.

The Trump campaign, like the U.S. economy, is also benefitting from something of a financial boom. His reelection campaign raised over $46 million in the fourth quarter of 2019, on the heels of a record-breaking third-quarter, and a massive fundraising year.

The Donald Trump campaign, with the united Republican Party behind him, started 2020 with an enormous $100 million dollar war chest; Speaker Nancy Pelosi, her fractured Democratic caucus, and the DNC started the year broke and deeply in debt.

It certainly doesn’t help matters that House Speaker Nancy Pelosi’s impeachment efforts seem to be at more of a standstill than ever. After failing to send the articles of impeachment to the Senate for over two-weeks now, Pelosi faces a tough decision this week about how to proceed with an impeachment effort that has obviously collapsed and backfired.

Withholding from Senate Republicans something they do not want- that is, House articles of impeachment for their sitting president- is not giving Pelosi any leverage whatsoever over the Senate trial, which she hopes to influence in favor of House impeachment efforts.

That the House’s impeachment case is weak does not shift responsibly to the Republican-Controlled Senate.

The fact that Republican Senators are hardly impartial is completely irrelevant; they aren’t required to be and Pelosi knows that better than most.

If impartial Senators were required to try the case in the Senate, impeachment could never proceed. Several Democratic Senators are actually running directly against Trump in the upcoming election and are certainly not impartial.

And in perhaps worse news for any Democrat hoping to vote Trump out of office in 2020, Sen. Bernie Sanders has moved to the front of the Democratic fundraising pack. The Sanders campaign raised $34.5 million in the fourth quarter of 2019.

Not only is Sanders trailing incumbent President Donald Trump in most national polls, the Sanders campaign has a few other major strikes against it.

One is the fact that former President Barack “The Coalition Builder” Obama has promised to actively campaign against Sen. Sanders. Obama still enjoys a very high approval rating with Democratic voters, especially those in the African-American community.

It is difficult to see how Sanders could beat Trump in November if Obama supporters stay home. Indeed, considering the behavior of some Sanders voters in 2016, who stayed home rather than vote for Hillary Clinton, many Obama Demcorats might consider it poetic justice.

Sen. Bernie Sanders also suffered a heart attack on the campaign trail recently. Though he assures supporters that he is feeling much better, the statistics on heart attacks aren’t comforting. And Sanders is 78.

Internally, the Sanders campaign has had its problems as well. Accusations of a toxic work environment, lower pay for women, and sexual harassment in 2016 remain a pall over the campaign with many formerly Sanders-supporting Democrats deeply disenchanted.

Sen. Bernie Sanders has also made the risky political decision to align himself with the new hard-line progressive left’s quintessential poster-girl, Rep. Alexandria Ocasio-Cortez. Ocasio-Cortez has said publicly that it “would be an honor” to serve as his Vice President.

What strategic advantage Sanders could possibly hope to gain with such a choice is difficult to guess. Presumably, progressive liberal voters would already be on board with a Sanders ticket; A.O.C., as she is sometimes known in the press, wouldn’t broaden Sanders’ appeal in the slightest.

While she is popular on the far left, and on the right, many moderate Democrats aren’t fans of Ocasio-Cortez’s hard-line progressivism, her Twitter-bashing of more-moderate Democratic colleagues, or her constant threats of primaries from the left for any incumbent Democrat who dares buck the progressive party line.

A party-line which becomes more progressive, and thereby more exclusive, by the day.

On the conservative right Rep. Alexandira Ocasio-Cortez is also very popular. This can mean only one thing: Republicans think- rightly- that a great many voters in the electorate will be frightened off by her wholesale embrace of socialism and calls for a Green New Deal to completely overhaul the U.S. economy and remake the energy sector.

Most working-class people, including many Democrats, have serious doubts about any politician’s ability to implement such a massive scheme without wrecking the economy, or at least vast swaths of it.

And “fewer jobs and higher taxes, at least at first” isn’t exactly a winning platform, especially in the Rust Belt and swing states that have benefitted greatly from natural gas production and new fracking technology. Union leaders are angry and frustrated at Demcorats who just don’t seem interested in what the working class needs or expects from their political leaders.

If Democrats aren’t careful, they will repeat the mistakes of Jeremy Corbyn’s British Labour Party; chasing away vast numbers of working-class voters with empty promises they can’t keep, identity politics orthodoxy and an out-of-touch elitism that is breathless in its stupidity.

It is pure elitism that leads candidates like Joe Biden to suggest workers in the energy sector unemployed after Democrats implement the Green New Deal “learn to code”.

If Democrats don’t start playing to win, four more years of Trump will be the least of their worries. Voters will express their displeasure as voters often do: With a vote for the other guy.