Are Democratic Officials Really Trying to Defund the Police?

Or is it merely posturing? 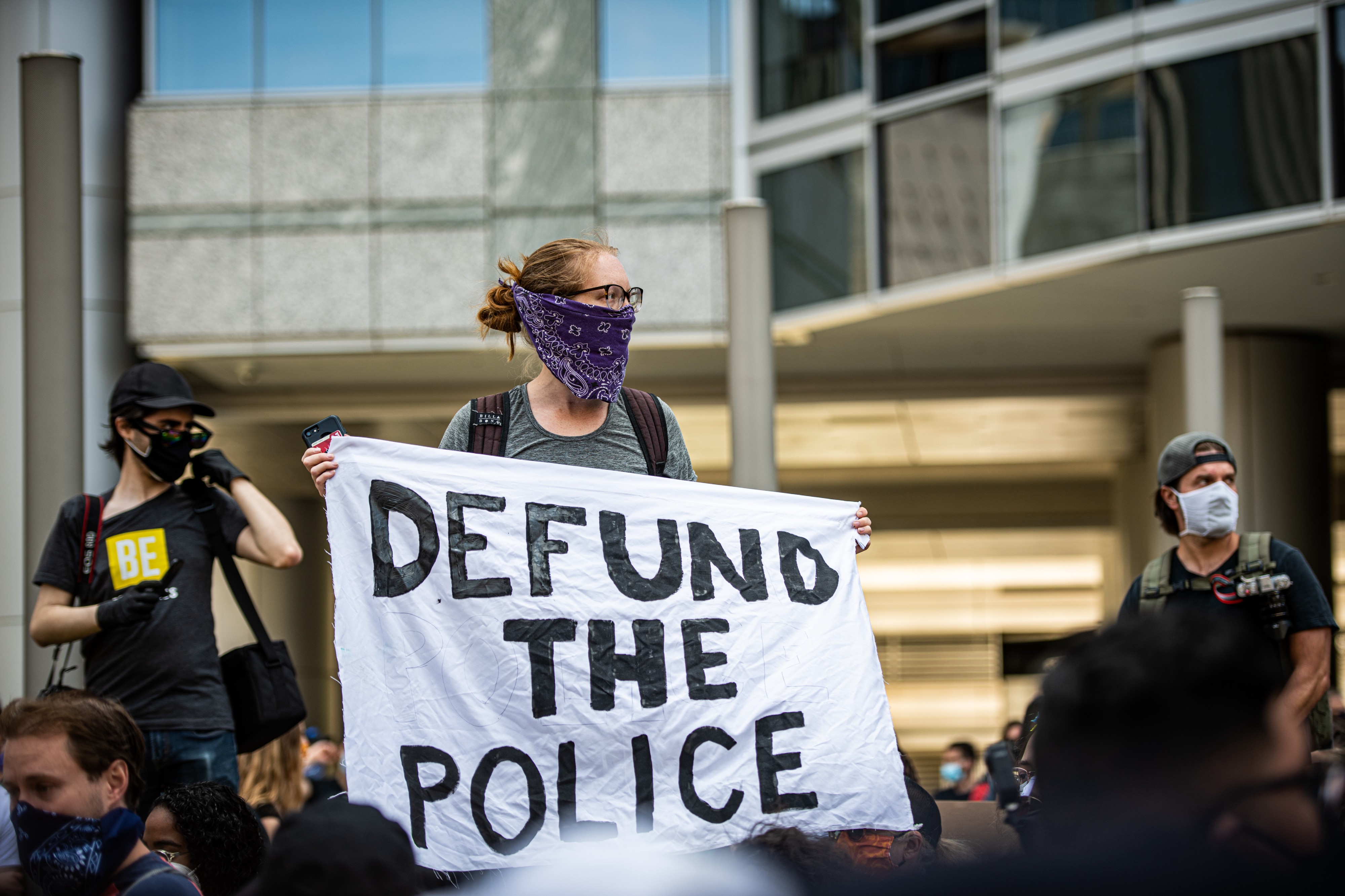 When it comes to our government institutions- all our public agencies, offices, departments and bureaus- the ultimate oversight isn’t another agency. It isn’t internal affairs. It isn’t a more senior member from within the same system.

The ultimate oversight for the U.S. government is the voting public: We the people.

Voters are the 153 million-strong supervisory branch of the U.S. government. We are a managerial class of people who far outnumber those who purport to serve and represent us.

Voters also have the occasional cooperation of other members of society. While they may not always vote, they may be willing to protest- if they are pushed far enough by the egregiousness of blinding injustice.

As the ultimate oversight department of all public works, voters have a right and a responsibility to demand accountability, transparency and value from those we elect to public service.

Using our constitutionally protected rights to free speech and peaceful protest is a public service, too; designed to exercise the incalculable power of the people in a Democracy.

Given the current outpouring of public support for efforts to reform police departments and policing in America, this is a powerful moment for meaningful change.

Can we the public depend entirely on our state and local officials to reform police departments, improve policing and hold dangerous police officers responsible for their conduct after they have failed to do so for so long?

There are many progressives who have their doubts.

On the surface, these efforts may seem wholehearted and sincere. But are Minneapolis City Council members really trying to get rid of the police?

Or are they only pretending to- badly- so that the measure gets voted down in November and they can go back to doing nothing?

It remains to be seen whether efforts to defund and disband police departments- like those in Minneapolis- are sincere, or merely virtue-signaling cover fire for local politicians who want to stay on good terms with protestors calling loudly for these changes.

Knowing voters will strike the measure down in November, Minneapolis city council members can safely posture for Black Lives Matter and policing reform advocates. When the measure fails on the ballot, these experienced politicians know they can safely blame the “will of the people” for their continued inaction.

Meanwhile, these bad contracts and a police union that refuses to hold police officers accountable for misconduct have been negotiated, facilitated, and approved by some of the same city council members decrying them now.

Minneapolis city council members, and their water carriers in the press, are damning their own measures with such faint praise, it is difficult to understand why they are backing such measures at all- if indeed they are.

“The City Council has recently drawn a lot of flak from Minneapolis citizens with legitimate public safety concerns, particularly on the North Side. I’m glad those people are speaking out. But others, who don’t live here, and/or like policing just as it is, have demagogued the issue. To them, the council consists of a bunch of wild-eyed radicals bent on eliminating policing, not just police.”

“These people add nothing to the discussion, except their deliberate misunderstanding of what the council is trying to do. Among other things, they demand that the council come up with a full-blown plan, right this minute, and claim the supposed failure to do so just proves how woefully unequipped council members are to accomplish anything.” — Richard G. Carlson, “The City Council’s police transformation effort is wise, bold,” Minnesota Star Tribune. 6/30/2020.

If you are someone considering the merits of a police-free future- which is a relativity new idea in the public square for most of us- and yet you were somehow unconvinced by the above, you aren’t alone; and it may not be by accident.

Some people are only pretending to help you.

Yes, the citizens of Minnesota have a “legitimate” right to demand their “wild-eyed radicals” come up with a “full blown plan”, rather than just a bunch of untested ideas that sound good on paper but have never been tried.

In case all the subtext was lost on readers, the author makes it abundantly clear in the following lines, helpfully reminding Minneapolis voters who will be asked to weigh-in on these matters at the ballot box in a few short months:

“It took 400 years for the builders of the present system of white supremacy, of which the Minneapolis Police Department is just a small part, to bring it to its present level of perfection.”

Even with that bit about white supremacy, it is difficult to puzzle out the intended meaning of the above passage. Written between the lines is the suggestion that the current system is perfect and that it might take another 400 years for legislators to get a new system to a similar level.

Damning with faint praise sets up police reform efforts for failure in November. At which point, policing in Minneapolis can go on as usual with no meaningful changes whatsoever.

If progressive Democrats in Minneapolis on the city council and in the press can’t properly explain the benefits of and the plan to reform and reduce policing safely in a way that appeals to voters, perhaps they should defer to someone who can.

Other Democratic leaders, like Mayor Jenny Durkan of Seattle, sound like people who paid protection money and expect to be left alone now. She is furious that Seattle protestors are demonstrating outside her house and is calling for the ousting of a progressive official for defying her.

Protestors are calling for meaningful change; lip-service, empty gestures, campaign promises and photo ops aren’t going to quell their righteous indignation, no matter how much Democratic elected officials are willing to give.

These possibly well-meaning Democratic officials are not working to convince the general public on the merits of defunding and dismantling police departments nationwide. In many ways, they seem to be merely playing politics; acting as if the work has already been done; pretending that “defund the police” has reached the level of public support it will need to unmake the current law of the land.

With efforts that are designed to fail, these savvy politicians plan to carefully appease both groups of voters.

Progressive voters who want reform are supposed to think Democrats did the best they could and blame Republicans for the failure. Conservative voters who don’t want to lose their local police department are appeased because the efforts are too feeble to take seriously.

For local officials like Mayor Jenny Durkan and Minneapolis city council leaders, this old political impasse is a win-win; the status-quo is maintained, they get to please everyone and keep their jobs.

For BLM activists and anyone else one hoping to see meaningful policing reform over the next year, this intentional impasse is a lose-lose situation. Under these circumstances, the movement will lose momentum, and policing reform activists will become disheartened and lose motivation.